You Stupid Boy
Home Chinese Virus 102 days virus free and then its all on.

102 days virus free and then its all on. 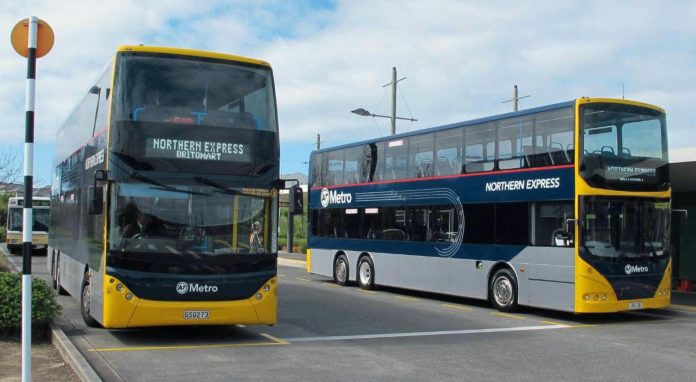 A Ritchies bus driver has tested positive for coronavirus, the company’s director has confirmed.

A staff member at a Māori public health unit in West Auckland has also tested positive for the virus.

Ritchies director Andrew Ritchie said other drivers had been tested and “are fine”.

Director-General of Health Dr Ashley Bloomfield said the bus driver is a driver for the Northern Express and has been linked to the current cluster.

Bloomfield said there had been no close contacts identified from buses on the dates of September 3 and 4.

The driver was not symptomatic while at work and wore a mask and gloves, he said.

“Passengers did not interact with the driver and used the rear door to board and exit the bus,” ARPHS said.

“They were seated two metres away from the driver as the front seats were blocked off because of social distancing measures. There were no cash transactions and passengers used AT HOP cards.”

ARPHS said drivers who drove the bus after the driver who tested positive have been asked to be tested and CCTV footage of the bus depot is being reviewed to determine if any other staff members are close contacts.

“The case is linked to the current existing Auckland cluster and the bus driver did not contract Covid-19 while working.

“Anyone who travelled on the bus with the driver at these times is a casual contact, at low risk of developing the virus. They do not have to self-isolate, but they should get tested if they develop symptoms of Covid-19.”

A total of 319 passengers travelled on the services across the two days between Albany and Auckland city.

Māori health unit Hāpai Te Hauora, based in Henderson, confirmed an employee had tested positive for the virus.

“These people have already been contacted and advised to get tested and to self-isolate for a full 14 days.”

Hāpai Te Hauora said the employee and their household members have acted to protect the community by getting tested and self-isolating.

“The risk to other Hāpai Te Hauora staff not identified as close contacts, and those employees who work for other organisations in the same building is considered very low.”

It delivers policy, advocacy, research and leadership services across the country.

ARPHS said the risk to other Hāpai Te Hauora staff not identified as close contacts, and those employees who work for other organisations in the same building, is considered very low.

“However, as there are currently cases of Covid-19 in the community, it remains important to be vigilant for the signs of the virus.”

The news comes after a student of St Dominic’s Catholic College, also in Henderson, tested positive for the virus.

The Hāpai Te Hauora website said it has held the regional Māori public health contract for Tāmaki Makaurau for 20 years.

Cindy said we were 102 days free of the virus. I saw her say it on TV. If they had been protecting the border like they should have,( and like they told us they were) none of this shit would have happened. Instead she was doing a victory dance and telling the world how good she was.

Oh how the mighty fall when they take the high moral ground.

Covid-19: New Zealanders have to wait their turn for vaccination - Chris Hipkins Covid-19 vaccinations should be available to the public by the middle of...
Read more
Chinese Virus

Deutsche Bank and VW in Crosshairs Over COVID-19 PCR Test Scandal The global scheme is being allied a crime against humanity is coming to light;...
Read more