125 Reasons why Trump will win today 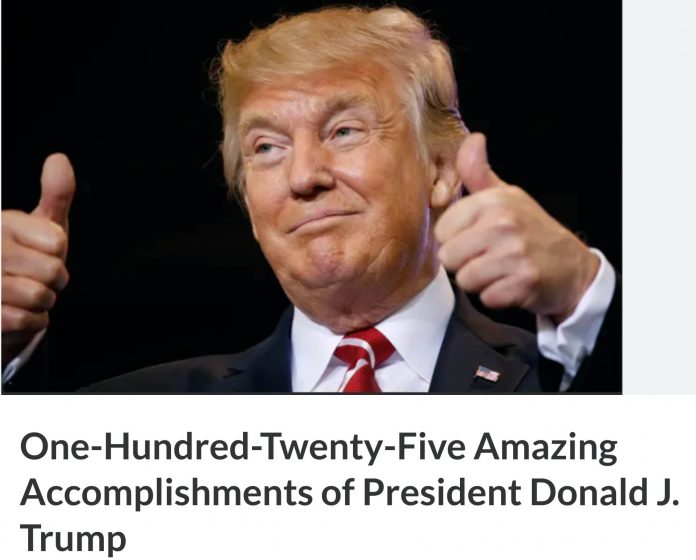 I was asked a few weeks ago, what have PRESIDENT TRUMP and his administration accomplished…..
Here you go.

Previous articleHave Your Say
Next articleHatred of Trump Vs. Hatred of the Left