You Stupid Boy
Home NZ Politics 16% when it suits them. 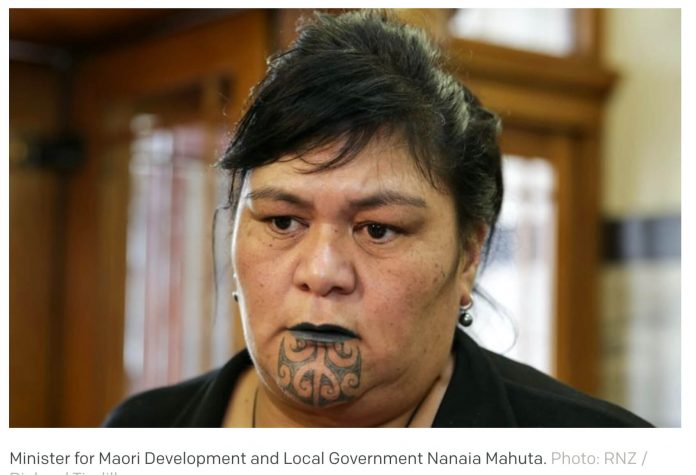 The government is considering plans to give Maori tendering rights to its $42 billion spend on roads, housing and other goods and services.

The plan is widely supported by Māori leaders who say it could be worth billions to the Māori economy.

But there is frustration that New Zealand First may be blocking it.

Each year, the government spends $42b procuring a wide range of goods and services from third-party suppliers.

Maori Development Minister Nanaia Mahuta wants a portion of those contracts set aside for Maori to tender for.

“If we can open some of that pipeline towards Maori businesses, then we are going to lift household income through Maori participating in a strong procurement pipeline,” she said.

“It will move people from welfare towards prosperity very quickly.”

She said this approach had been successful overseas.

In Australia, the government allocates 3 percent of its contracts to indigenous organisations or businesses.

It has grown the aboriginal business sector by $2.7b since the indigenous procurement policy began in 2015.

Back home, Mahuta said 16 percent of government contracts could be set aside for Maori, to match the Maori population.

“It’s promoting supplier diversity, it is not changing the amount of money that already is contracted through government out into the community.

“What it is saying is that we can get a whole lot more benefit if we have supplier diversity.”

Mahuta said a Maori business would be defined as having 50 percent Maori in governance and management.

“It is a fantastic idea in concept having a Maori procurement model specific for the growth and development of Maori small business and industry but also our workforce out there as well,” he said.

Tukaki said many Maori work in infrastructure and construction, and even a small slice of those contracts would be huge.

“We could value that opportunity at the hundreds of millions of dollars that would pour into what I would see as a new form of Maori economy.”

He said his iwi organisation wanted to build thousands of homes in Hawke’s Bay and had a plan in place to get it done.

Tomoana said it is difficult to win big government contracts when they are up against powerhouse companies such as Fletchers.

“The friends of governments are getting all the contracts, getting all the money, and they don’t hire our people at the top level or integrated right throughout the system,” he said.

“If we were able to tender 15-20 percent of those available contracts, it would have more stimulus for the Maori economy than anything else, especially because we know the Maori economy is going to be hit hardest post-Covid.”

But New Zealand First MP Shane Jones was not supportive of introducing quotas for Maori.

“There’s no guarantee that transporting something from Australia to here will work, what works is a focus and actual capital being invested in either land, fisheries assets or actual people,” Jones said.

The Regional Development Minister said there should be a focus on creating cadetships and training Maori, but noted that there were wider issues impacting Māori employment.

“The real problem in the New Zealand Labour market in areas of infrastructure is an unhealthy reliance on migrant labour.

“Until that problem is resolved, I have zero interest in agreeing to any quota for tangata whenua.”

Employment Minister Willie Jackson said the plan had widespread support within Labour but he had resigned to the fact that it was unlikely to happen this term.

“What makes sense to us doesn’t always make sense to the wider group who are here in government,” he said.

“I support an indigenous strategy, I am clear about that, but there is a reality in terms of parliament and in terms of government and you have to work through other parties and coalition processes.”

However, the politics of it all is frustrating for some iwi leaders, including Ngāhiwi Tomoana.

“Well the Labour party has been rolled, they have been wagged by the tail which is New Zealand First.

In any case, Nanaia Mahuta is not losing hope.

She said Labour would continue to push the policy even if it did not get across the line this term.

Previous articleWhat do all those medals mean?
Next articleHave Your Say