You Stupid Boy
Home Freedom of Speech Freedom Of Speech Under Threat Yet Again.

Freedom Of Speech Under Threat Yet Again. 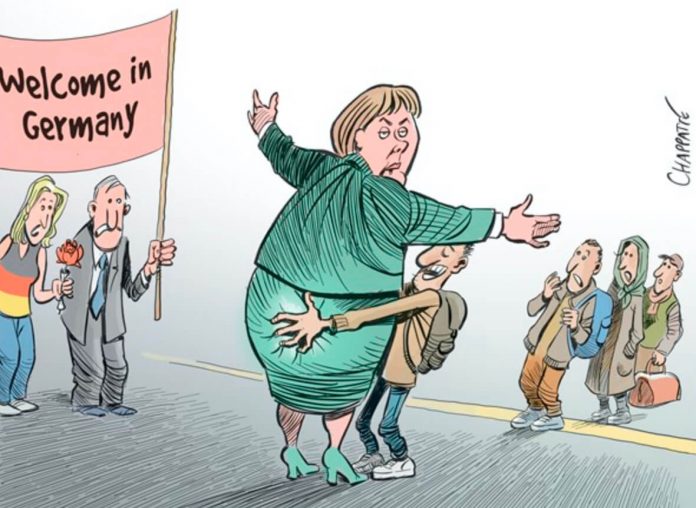 German Chancellor Angela Merkel says that freedom of expression must be curtailed in order to keep society free.

“For all those who claim that they can no longer express their opinion, I say this to them; If you express a pronounced opinion, you must live with the fact that you will be contradicted,” said Merkel during a speech to the German Parliament.

“Expressing an opinion does not come at zero cost, but freedom of expression has limits,” she added, as some in the Bundestag could be heard voicing their disagreement.

“Those limits begin where hatred is spread, they begin where the dignity of other people is violated. This house will and must oppose extreme speech otherwise our society will no longer be the free society that it was,” said Merkel.

Of course, what “violates” the “dignity” of other people is completely subjective and could include all manner of speech that most people would find perfectly acceptable.

The debate over free speech in Germany has intensified since the country accepted over a million migrants from the Middle East and North Africa from 2015 onwards.

This happened despite the German government’s own numbers showing violent crime in Germany rose by 10 per cent between 2015 and 2016 and that more than 90 per cent of the rise was attributable to young male “refugees.”

Lawmakers in one area of Germany even attempted to pass a law that would have jailed people for insulting the EU anthem or burning the EU flag.

As we document in the video below, Germans were subjected to a re-education campaign to encourage them to accept their new reality rather than the government actually addressing their concerns about mass migration.

Previous articleNow We Are All ” SPECIAL”
Next articleWherefore Art Thou Greta?