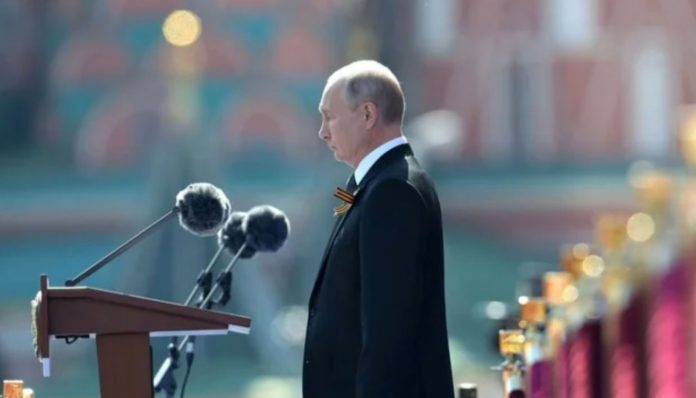 Vladimir Putin cannot afford to be an ex-president. Any successor will blame him for all that is wrong in Russia. There would be a mad dash to recoup (divide) his billions stashed offshore. He might even face international courts on charges of state murder.

Earlier than expected — he currently rules, by law, until 2024 — Putin is in the final stage of executing a plan for lifetime rule.

Here’s how the plan works: The Putin administration is orchestrating the ratification of 14 amendments to Russia’s 1993 constitution. The key second amendment wipes Putin’s slate clean: Election as Russia’s president in 2024 would be counted as his first, and he could run again in 2030. Under this new rule, Putin’s last year as president would be 2036 — at the age of 83.

The other amendments are window-dressing. They propose obtuse administrative changes and popular items such as outlawing same-sex marriage and guaranteeing minimum incomes.

The amendment package was approved in March by the State Duma (the lower house of the Federal Assembly), the 85 Federation Subjects (the country’s top political divisions), and by the constitutional court. Putin had planned for the final stage — a nationwide referendum — to be held amid the patriotic wave two days after the spectacular May 7 parades celebrating the 75th anniversary of Russia’s 1945 victory over Germany.

Then along came coronavirus. The victory parade had to be postponed until June 24, and the referendum until July 1.

As Russia reeled from the coronavirus, local authorities saw no need for military parades. But the Kremlin rejected calls for further delays in voting, announcing that the pandemic had been conquered and it was now safe to vote.

Putin’s campaign for ratification began on June 24 with pared-back victory parades in Moscow and in the regions — accompanied by a rising wave of protests against Putin as “eternal president.” Police are arresting demonstrators for not wearing (obligatory) masks — or for wearing masks that conceal their identity.

While the state-sponsored Vtsiom polling organization anticipates a strong turnout and easy passage, the quasi-independent Levada Center foresees a more difficult path for Putin. Putin’s approval rating is stuck at a low of 59 percent — down from a high in the 80s — and his trust level is stuck at 25 percent, down from a previous high of 60 percent.

The candidate for eternal president is missing the popularity he once had, and at a bad time in his political life.

For a national referendum, both the turnout and the voting results count. Levada finds that, as of early June, 65 percent of voters intended to participate and some 20 percent did not. Of those, 47 percent will vote for, 31 percent against, and 22 percent are undecided.

The Kremlin has introduced new rules, such as voting over a seven-day period, voting from home and online voting for Moscow and St. Petersburg. There is even a vote-buying app that pays 50 to 75 rubles per newly registered voter. Voters can vote at outside locations or through ward representatives who come to their homes. These voting rules are aimed to boost turnout and, of course, to raise the percentage of “yes” votes.

Election officials are being given voting targets; I doubt that many of them will fall short. There is little doubt that Putin will achieve his turnout and approval targets. After the voting-week is up and the app-ballots are counted, the electoral commission will announce a turnout in excess of 65 percent and an overwhelming “yes” vote.

There you have it: Putin is president for life. But that is not the end of the story.

Putin, more than others, understands that voters know when the official results bear little resemblance to the actual vote. The more voting officials have to manipulate the vote, the angrier the reaction of voters.

Putin came close to being removed in November and December of 2011 as the Kremlin manipulated the vote in Duma elections in favor of Putin’s United Russia party. Some 100,000 protesters burst onto Moscow streets with cries of “Russia without Putin” and nicknamed United Russia “the party of crooks and thieves.”

As an opposition deputy from St. Petersburg puts it: It will be impossible to hide the deception they are engaging in — and while the Kremlin’s denizens may not have paid attention to real history, as opposed to their imagined vision of the past, “many regimes have collapsed precisely when the mass population recognizes that an attempt to deceive them has been made.”

The Levada projections are three weeks out of date. Putin has been largely absent in the battle against coronavirus. There remains a significant share of undecideds as things have gone from bad to worse. Russia’s statistical agency has stopped printing its most-followed statistics. The number of COVID-19 deaths stands in excess of 8,000, and many think this figure is an understatement. After 20 years, the Russian people have a severe case of Putin fatigue.

Part of the Kremlin’s calculation is that the fear of coronavirus will scare off mass protests, but this may not be true. The demonstrations in the United States, which have spread to the United Kingdom and much of Europe (even including Germany), have shown that protests and coronavirus can go hand-in-hand.

No matter what, the referendum will be declared a success. If the people rise up, Putin will use force to put them down — but there are limits to public patience.

The poor Russian people cannot get a break. It would be interesting to put demonstrators against the established order in the United States and in Europe in Russian shoes, to see what real political repression is about.