You Stupid Boy
Home Uncategorised A Story For Our Times

A Story For Our Times 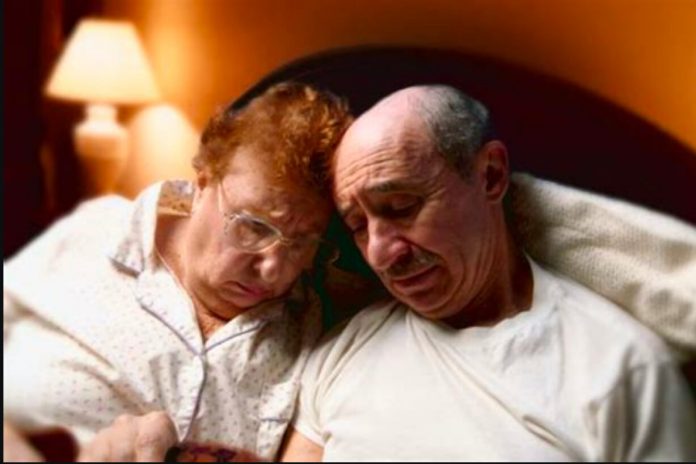 Fred and Doris by Tachybaptus (from Going Postal  https://going-postal.com/2020/03/fred-and-doris/ )

Doris said, ‘I heard on the BBC that us old folk are going to be confined to barracks because of that virus. They said it’s for our own safety,’

Doris was 83 and her husband Fred 85. They hadn’t done badly and they owned their little mock-Tudor semi-detached house in Bloemfontein View, though their neighbours on either side were now immigrants who didn’t speak English, had a lot of unruly children, and threw rubbish over the back garden wall. The noise didn’t bother them, as they were both rather deaf. They were coping for now. A social worker came every month and ordered them about, and when she had gone they carried on as before.

‘Don’t you worry, my love,’ said Fred. ‘It won’t be too long, and I’m sure that nice Boris will make sure we’re well looked after. But I think we’d best get in some supplies, just in case. You never know.’

They shopped in the local minimart, which was quite expensive but they didn’t have a car and could only get to one of the out-of-town supermarkets by bus, so there was a limit to what they could bring back.

Fred and Doris took their trolleys to the minmart – they were the four-wheeled kind you could lean on when you got tired, and a great help. But there wasn’t much to buy. They shopped separately and came away with five tins of baked beans each – there was a limit on how many they could have – and between them two cans of ham, four of peaches, two litres of long-life milk, a box of teabags and two sliced loaves. Fred also bought a six-can pack of something called Stella, as there was no proper beer on the shelves.

They paid cash. They had bank accounts and cards, and relied on a hole-in-the wall machine in the High Street to draw cash because they didn’t have computers or smartphones.

‘It’s not much,’ said Doris. ‘Reckon we’d best go to Asda while we’re still allowed out.’ A crowded bus ride – ‘Here’s hoping we don’t catch that virus,’ said Fred – landed them in the middle of a surging mob carrying away multi-packs of toilet paper. There wasn’t much else on the shelves, but they collected what they could and took the bus home.

‘People are so rude these days,’ said Doris. I stood in front of the priority seat with my shopper and there was a young man on it with one of those stupid buns and a little beard, and would he get up for me? My legs are aching something awful.’

‘Reckon we’ve got enough for a bit of a siege,’ Fred said. And the lady from the social should be in on Wednesday. She’s a bit bossy but she’ll see we’re all right.’

But she didn’t come. She was busy with some newly arrived Somalis who communicated their many demands through an interpreter. And they were the first priority, with Fred and Doris far down the list.

Food was beginning to run low. ‘We daren’t go out,’ said Doris. ‘We’d be arrested and put in jug.’

‘At least they’d feed us there,’ said Fred.

‘And give us the virus and all,’ said Doris.

The post was still working. They got bills for electricity, gas, the telephone, council tax and water rates. Normally they paid these at the post office, but they couldn’t go there now.

The social worker didn’t come the next Wednesday either. ‘I think they’ve forgotten us, my love,’ said Fred.

‘And after we’d paid in all our National Insurance all those years,’ Doris said. ‘It isn’t right.’ They didn’t mean to be jealous, but they looked over the garden wall at their neighbours, who were quarrelling as usual with 60-inch televisions screens flickering in their back rooms, while their numerous children shrieked incomprehensibly and played games on their iPhone 11s.

Fred tried to ring the council, but after an hour of pushing buttons and being kept on hold with jangly music he admitted defeat.

They were now down to a shared can every day of whatever was at the front of the fast emptying shelf – beans, peach slices, custard. ‘It was worse in the war,’ said Fred.

‘I don’t think so, my old dear,’ Doris said. ‘We had ration cards, we could go to the shops, we were all right. Except for the V2s, of course.’

That evening there was a loud explosion, and a red glow could be seen in the distance. They could just hear the sounds of shouting and what might have been gunfire.

More letters came from the services threatening disconnection, and five days later they lost their telephone, soon followed by gas and electricity. For now, the taps kept producing cold water.

‘Law or no law,’ said Fred, ‘I’ve got to go out and try to get us something.’ But he barely made a hundred yards down the street before he was threatened and beaten by a band of vigilantes from somewhere or other, and barely made it home with a black eye and without his shopping trolley. ‘Does nobody care any more?’ he asked.

‘No one, my love, we’re at the bottom of the heap now,’ replied Doris.

They were very cold. For some years they had been sleeping in separate beds, but now they got into Fred’s bed and huddled together in their outdoor clothes. ‘This is cosy, my old dear,’ said Fred. ‘Almost like old times.’

And that is how they were found six months later, two skeletons clinging to each other in their rotted bedclothes, when the social worker turned up with a notice telling that that their house had been requisitioned for a Syrian who had arrived in a rubber dinghy and brought his family in after him.

They were buried hastily and anonymously, and there was no one to remember them.

Previous articleHave Your Say
Next articleObservations on the Great Hunkering