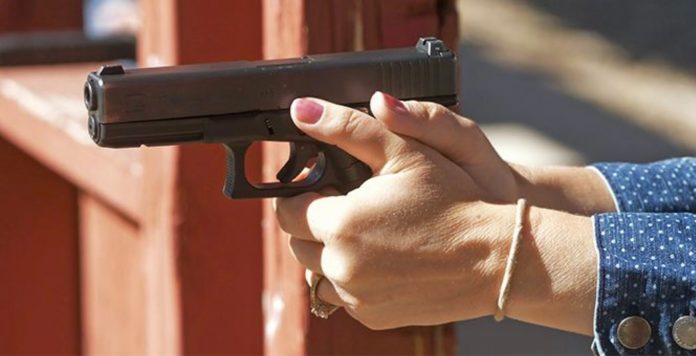 Interest in CCW Classes Soars, But Why Is Anyone Shocked?

Let’s be honest here, 2020 has been the strangest year almost any of us have seen in our lifetimes. We went from talk of World War III to Australia being on fire to a pandemic to riots all over the country. Hell, we even have a part of Seattle that thinks it’s succeeded from the United States (as a Southerner, allow me to tell them just how bad an idea that is. Believe me, I’m from Georgia. We know).

The one bright spot, at least for the gun rights side, is the massive boost we’ve seen given to the firearm industry.

Now, it seems more and more people are looking for concealed carry classes where they’re required.

First-time gun owners Kimmy Pullen and Dwight Husted are taking their concealed carry class as a couple. “We could kind of see the direction things are going and it’s getting dangerous. We felt like we want to be able to protect our family better,” Husted said.

CCW Instructor Ted Ogilvie said it’s his job to help them be responsible gun owners and provide the proper tools for them to utilize their Second Amendment safely.

They want the ability to protect themselves and that’s a very important right that we have got to support.

Lidie said recently he has been helping several first-timers when it comes to picking out the right pistol and getting certified. The FBI also reports handgun sales are up more than 90%. The jump has resulted in several popular pistols on back-order, leading to an even longer waiting period for some buyers than the usual 10-days in California.

Honestly, though, is anyone surprised? This is California, and we’re seeing more people seeking out concealed carry permits. This is the most anti-gun state in the country, and even they’re seeing spikes, so you can imagine what it’s like virtually everywhere else. 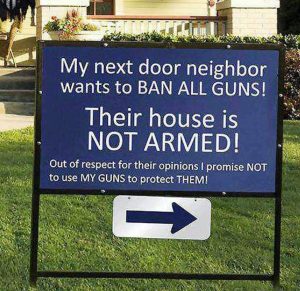 Pullen and Husted may only represent one couple, but I think we all know that their reasoning is downright universal. Right now, we have loads of uncertainty. We just don’t know if the riots we’ve seen recently are going to flare back up–and since I’ve been told that referring to riots is somehow racist, note that I’m not talking about peaceful protests that aren’t a damn problem for anyone–nor do we know what else may be coming down the pipe.

All we know is that things are bad and there’s little reason to expect them to get much better.

Because of that, I have no doubt that millions of Americans are getting their carry permits, where required, and will be carrying their firearms as a way to mitigate the risk of simply going about their lives. As a result, we may well find our country actually becomes safer over the next several months.

Meanwhile, I think the gun grabbers may have a bit tougher time than they expect when they push for gun control this next time around.

The Visegrád bloc are threatening to tear apart the EU William Nattrass The bad boys of Europe are at it again. The EU has been attempting...
Read more
Leftie Stupidity