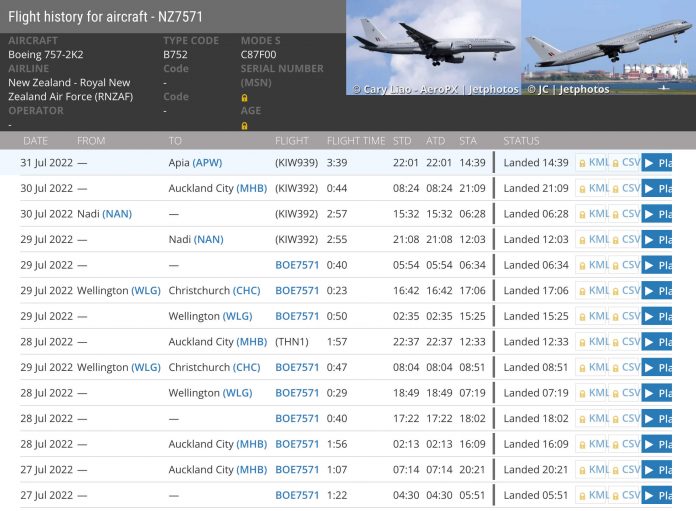 who believes anything this govt does anymore?

Look at the updated flights.

I have compiled this list, they are dead set on trying to hide what they are doing.
Listing flights to Christchurch then flying north is telling porkies.
The 2 hours flying around the Hauraki gulf is not normal in my eyes.
The flight plans all contain N/A except the Wellington/Christchurch that is clearly to deceive.

Does this list look truthful to you? Go figure

Ardern’s fate sealed by New Zealand’s economic collapse A week ago, the Bank of New Zealand (BNZ) forecast the economy would enter a recession next year that...
Read more