All A big Con Job. 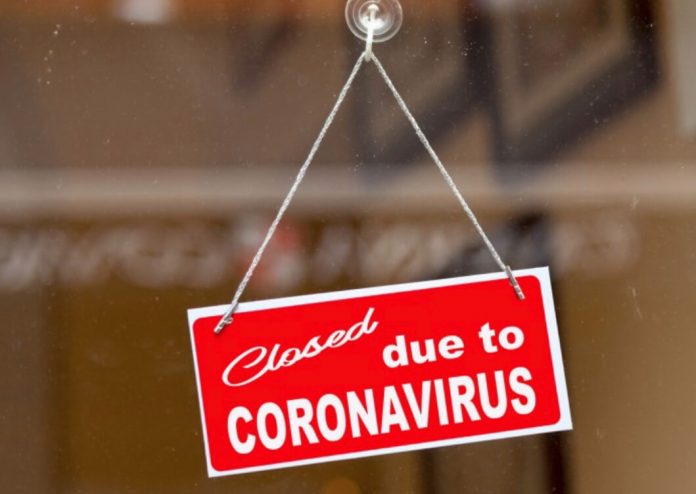 Old people die. That’s awful in the abstract, and horrible whenever it happens to someone we know personally. We’d much prefer old people not to die and postpone death for as long as possible. But die they must – like all of us, eventually.

The way in which they do so may be a question of cosmetics or personal preference rather than anything else. Yes, I would prefer to just slowly and painlessly drift off into sleep, surrounded by those I love and all my affairs in order. That happens sometimes, but more often than not it’s more disorderly: worldwide, the top-three killers are cardiovascular diseases, cancers, and respiratory diseases. They’re not pleasant ways to depart this life.

Against that baseline comparison, Covid-19 is not much different. From what I understand, it’s as unpleasant and uncomfortable a way to go as any of those other horrors.

But when people die from these “diseases of affluence,” they don’t take chunks of other people’s lives with them. When grandpa suddenly dies from a stroke, we weep and mourn. Perhaps we take time off from work, studies, or travels to plan and attend the funeral – because we want to, need to, or feel the moral urge to do so, not because some government official mandates it. But we don’t suspend our lives indefinitely: a common advice for those mourning is to keep up your routines and try to maintain some sense of normalcy. We don’t insist that everyone around us suspend their plans, relegate them to what’s effectively house arrest. Even if grandpa dies several years before he should have, or more suddenly than everyone expected, society does not stop; life goes on.

The pandemic has brought out an entirely new playbook – or perhaps not so new: authoritarian-mandated penance from some despot resembling unenlightened times suitable only for a history textbook. When grandpa faced a slightly elevated risk of pain and death because of this new pathogen, society stopped dead in its tracks. It hurled itself on the brakes. Millions of young and capable workers lost their jobs and livelihoods, millions more their freedom and dignity. My neighbor’s graduation party, so hyped and longed for was cancelled, her grand celebrations relegated to a minimal ceremony and a boisterous breakfast in the garden with some friends. The plans of her wonderful post-graduation summer in ruins.

She’s not the only one. Long-planned travels around the world are postponed, possibly forever as these young people must earn a living or live off the savings for which they had quite different aims in mind. Those of us just embarking on a career or finding a job that sustains the goals, families or relationships we built for ourselves are suddenly sent into a world of extreme uncertainty. Will my employer be able to keep me on? Can I afford this home? What will happen when the artificial government stimulus runs out? Can I see family over the holidays? Planning beyond a few weeks ahead is next-to-impossible. We don’t see our friends, our fleeting attempts at relationships are destroyed, marriage celebrations are cancelled or postponed indefinitely.

Sure, you say, these are minor nuisances for those already well-off. They’re not essential, you may object. Many struggling Americans saw their take-home pay rise because of a spendthrift government. And the young can surely sacrifice a year or two of their social lives and mindless parties for the greater good, no? Luxury goods for the privileged, I hear you say.

I don’t find that particularly compelling – innocent young are not responsible for risks to the vulnerable and elderly – but let’s abstract from that generational unfairness and the immense nonmonetary benefits those not at risk were robbed of. Let’s look at the truly poor – not those of America’s slums struggling to make ends meet, but the poorest of the world. The United Nations estimates that the pandemic will throw some half a billion people back into poverty, reversing, as The Economist reports, “almost a decade of gains.” For the first time in what seems like forever, extreme poverty will stop its relentless fall and once again rise.

And in most poor countries, like India or Uganda, a complete standstill to economic activity – licit, gray, or illicit – has sent millions of people back to their families’ even poorer villages, bringing the virus with them. When the financial crisis struck in 2007-9, many countries around the world kept growing. Migrant workers faced with recession in one place could go somewhere else – and keep the life-sustaining global remittance machine working. The informal sector, there and in the financially hemorrhaged West, kept functioning. The worldwide synchronization of this engineered recession has seen none of that. All of a sudden, everyone – everywhere – is affected, and the poorest most of all.

In 2012, the Nobel Prize-winning economist and New York Times columnist Paul Krugman released a book titled End This Depression Now!. The case was predictably Keynesian and very Krugman-like: by not doing enough, by not spending enough government money, American politicians prolonged the crisis. Implied in the argument was a question of guilt: needlessly fiscally-prudent statesmen held back Congress’ power of the purse, and unemployed Americans suffered because of it.

The remedy for this self-imposed economic harakiri, this desperate and destructive attempt at self-harm that is governments’ pandemic response, is exactly that: end it. Abolish. Abandon. Cease and desist. Have governments get out of the way and individuals make choices of their own, choices adjusted to their own risks and risk tolerance – not a mindless one-size-fits-all solution that takes very little account of real people’s lives.

We can ridicule privileged and affluent Westerners that no longer can embark on their around-the-world globetrotting adventures all we want, but the harms of the pandemic go way beyond that. Their broken dreams are tragic; the broken lives of the truly poor are heartbreaking.

That’s what we need now: some restitution for the young and their broken dreams, for the poor and their lost sustenance, for the rest of us and our lost liberties.

Previous articleNever trust a god botherer
Next articleHave Your Say