Allah Must Be Pissed With His Weird Flock 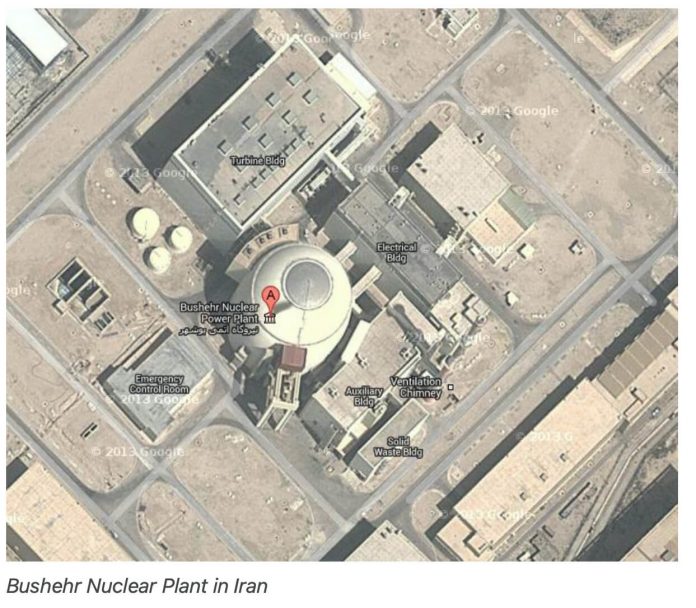 4.9 Earthquake Strikes Near Bushehr Nuclear Plant in Iran Hours After Missile Attacks on US Bases

A 4.5 to 4.9 magnitude earthquake hit near the Bushehr nuclear plant in Iran on Wednesday just hours after the regime fired off several missiles at US bases in Iraq.

A 4.9 magnitude earthquake struck near #Iran‘s #Bushehr Nuclear Power Plant. The depth and epicenter indicate it was a natural event and unrelated to this evenings events. A similar earthquake struck in late December. USGS report enclosed. https://t.co/WcfNffwSOm

This was miles from the Bushehr nuclear plant in Iran.

An earthquake measuring 4.7 on the Richter scale struck two towns in southern Iran near the Bushehr nuclear power plant but didn’t cause any casualties, the state-run Islamic Republic News Agency reported https://t.co/Q0e6pyIr7b

This was a threat of Nuclear War. Iran launches ballistic missiles capable of reaching anywhere in the Middle East, followed by an earthquake near their Bushehr Nuclear facility that nearly matches the one in N. Korea when they did their nuclear test in 2017. pic.twitter.com/JlqF1nlc0v

Iran’s south-west has been struck by two earthquakes in the province of Bushehr — not far from a nuclear power plant.https://t.co/M3t6xvHjv4

If the Iranians can send a few rockets into Iraq as a warning to the USA, I guess their sky fairy can send them a warning that he/she is stronger than any piddly human being.

Previous articleHave Your Say
Next articleCriminal Reformer Caught Out?