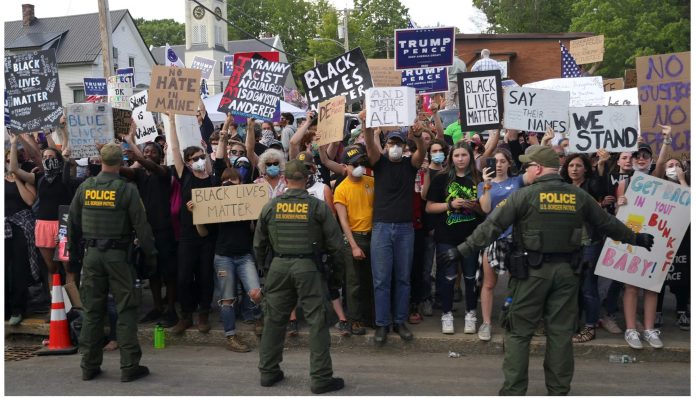 2020 Election Will Be a Contest of the Angry

It is no longer really about Biden and Trump.The old 2020 election was supposed to be about many familiar issues. It is not anymore.

Up until now, the candidates themselves would supposedly be the story in November. The Left had cited Trump’s tweets and erratic firings as windows into his dark soul.

The Right had replied that an addled and befuddled Joe Biden was not really a candidate at all.

Instead, he was a mere facsimile who would have to be carried to the Election Day on the shoulders of the Democratic Party, only shortly to fade away. Then a radical vice president soon could implement a hard-left agenda by succession what she could not through election.

Issues themselves are no longer likely to decide the election either. Not long ago progressives argued that the miracle Trump economy was in shambles, done in by plague, quarantine, and riot.

They thundered that it was what you would expect from Trump’s innate chaos — a mess that would have to be invented if it had not existed.

The Right had countered that deregulation, energy development, tax reform, and reindustrialization that made America Great would make American Great Again.

For all of 2019 and 2020, Democrats had claimed that a calm abroad would return with a Biden win. They talked of reestablishing the influence of post-war American-led diplomacy, soft power, traditional alliances, transnational organizations, and the United Nations.

Trump Republicans believed all that was more the problem, not the solution. They argued that America’s relationships with NATO, China, and the European Union were now at least founded on reality, not dangerous fantasies and stale bromides.

Trump opponents saw the November election as a return to Washington normality: no more fights with the press, no more paranoia of a deep state, no more dissident generals, canned FBI leaders, or exasperated CIA officials.

Trump’s base instead had seen the November election as the last chance to drain the federal swamp of careerists, apparatchiks, corporate flunkies, and various grifters.

These unelected and unaccountable bureaucrats, lobbyists, and revolving-door functionaries over the prior decades had hacked at the Bill of Rights, stagnated the economy, mired the nation in endless winless wars, and mortgaged the country to China.

But that conundrum is ancient history now.

For nearly a month, the nation has been consumed by massive protests and chronic riots, looting, and arson.

The catalyst for the demonstrations — the violent and wrongful death of African-American George Floyd while in the custody of Minneapolis police — is itself fading from connections with the ensuing upheavals.

Police are both reviled — and walking off the job. Retired generals are no longer seen as conservative traditionalists but radicals themselves who dare to take on the commander in chief.

Downtown Seattle is no longer in the control of the city government.

The Internet is aflame with self-appointed sleuths. They scour hours of video, and millions of words, searching for an indiscreet past remark — as fodder to take out a political opponent, a rival for a job, or a personal enemy.

The people’s energy, tranquilized by a two-month national quarantine and terror of the coronavirus, has suddenly exploded in both massive protests and silent seething at the lawlessness.

The result is that for good or evil, the 2020 election is no longer really about Biden and Trump, Democratic or Republican policies, or progressive and conservative agendas.

No, it is now about America as it has been before May 2020 — always flawed, but constantly improving, and not perfect but far better than the alternatives — and what has now followed.

Much of the country believes that America is racist, cruel, and incapable of self-correction of its so-called original sins — without a radical erasure of much of its past history, traditions, and customs.

It sees occasional violence as a necessary stimulant of long-overdue change. It argues that the American founding focus on liberty and freedom is increasingly selfish and incompatible with social justice and equality.

Racism, the protesting Left says, is in the American DNA. It finally requires massive cutting, chemotherapy, and radiation — treatment that deservedly will sicken and may even kill the host.

The other half of the country will vote to preserve what is under attack. They feel that the dreamy world of the demonstrators and rioters is an Orwellian vision far worse than the present reality that they are protesting.

America in their view is the world’s only large, successful multiracial democracy. It is the dream destination of the world’s immigrants — precisely because its ancient institutions adapt and change for the better, but only if they are preserved and allowed to work.

The angry and the demonstrating are loud and visible; their opponents are angry and quiet.

The election will reveal not just who is more numerous — but sadly also who is the angriest. 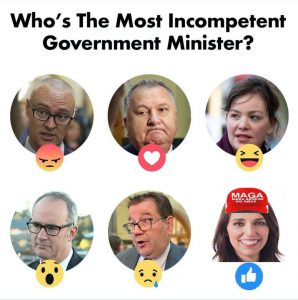 There will be a 1000’s of angry unemployed voters here by our election time. We are not known for public protests. More like make our protest at the election.

Previous articleHave Your Say
Next articleSpeaking the truth

Why modern politicians are dumber. By Janet Albrechtsen. Most of this article is about how no normal person would enter politics. Especially if you’re on the non-left,...
Read more
Chinese Virus

The number one lie so far this week from our PT PM: "COVID KILLS" I kid you not. On Saturday night on TV One, when announcing...
Read more
US Politics