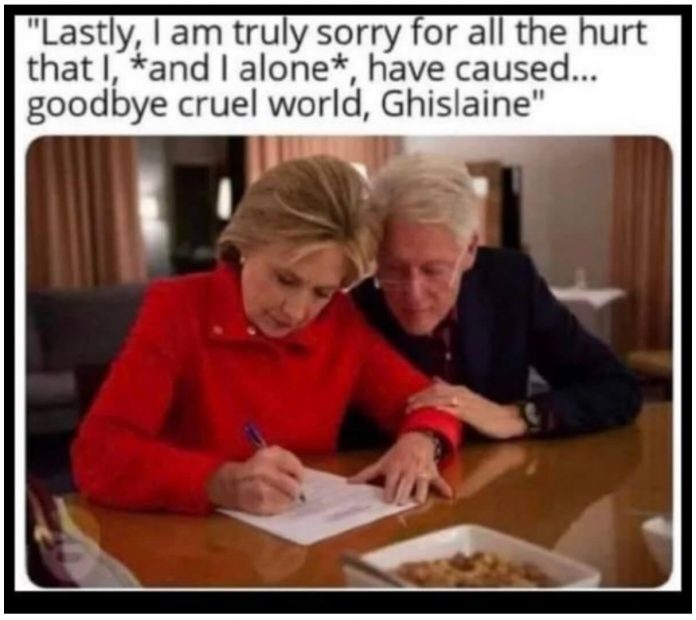 Ghislaine Maxwell Placed On ‘Suicide Watch’ Ahead Of Sentencing

Ghislaine Maxwell is facing up to 55 years in prison when she is sentenced on child sex-trafficking charges in a New York court on Tuesday.

The former British socilaite was convicted on 29 December of sex trafficking and related charges filed against her in Manhattan federal court after she recruited underage girls for her pedophile boyfriend Jeffrey Epstein to abuse. 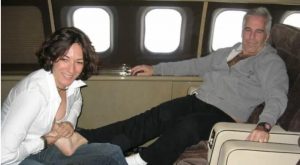 Her attorney Bobby Sternheim said on Saturday that Maxwell had been placed on suicide watch even though she isn’t suicidal and he may seek to delay her sentencing.

Sternheim said that she had been “abruptly removed” from the general prison population and denied access to toothpaste, soap, legal papers, and any clothes except a protective “suicide smock”, rendering her unable to review documents relating to her sentencing.

The Guardian reports: The move prompted the British socialite’s attorney to write a letter telling the judge in the case that Maxwell would seek to postpone her sentencing Tuesday because she can’t properly prepare for the hearing. Prison officials on Friday took away Maxwell’s legal papers – along with her regular clothes, toothpaste and soap – while putting her in solitary confinement and on suicide watch, said the letter from her attorney Bobby Sternheim.

“If Ms Maxwell remains on suicide watch, is prohibited from reviewing legal matters prior to sentencing, becomes sleep-deprived and is denied sufficient time to meet with and confer with counsel, we will be formally moving on Monday for an adjournment,” Sternheim’s letter to Judge Alison Nathan said Saturday.

Sternheim’s letter added that a psychologist evaluated Maxwell, 61, and concluded she is not suicidal. But her sentencing comes nearly three years after her co-defendant, financier and convicted sex offender Jeffrey Epstein, killed himself in jail in August 2019 while awaiting trial in the sex trafficking case that also ensnared Maxwell.

In a reply to Sternheim’s letter later Sunday, federal prosecutors said Maxwell had been put on suicide watch in part because she had reported to the jail’s administration that the facility’s staff were potentially “threatening her safety”. The lockup’s staff put her on suicide watch to remove her from the facility’s regular population while it investigated Maxwell’s claims – and also because convicted sex offenders are generally at a higher risk of self-harm, prosecutors said in their letter.

Maxwell was convicted on 29 December of sex trafficking and related charges filed against her in Manhattan federal court after she recruited girls – some as young as 14 – for Epstein to abuse.