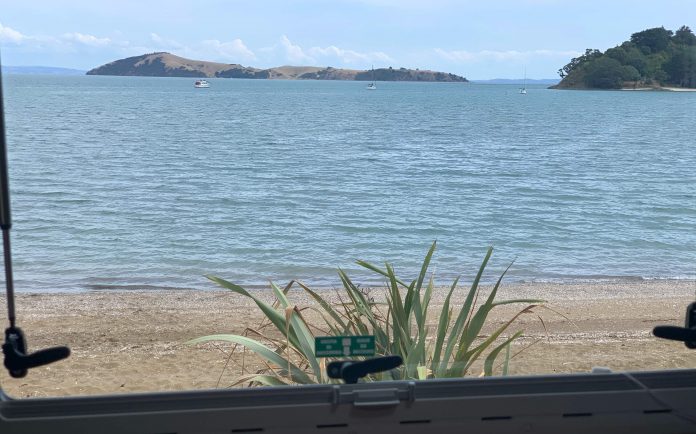 Returned home yesterday from a three night stay in the Coromandel. We have the best coastal scenery in the world, right on our doorstep. Weather was perfect, and the water was so warm.

Tried the Takacat (https://www.takacat.com/) out once again. Went out around an Island off the coast, looking for a place to put our set line. Felt a bit like Captain Cook when he circumnavigated NZ. More like two men in a tub. Worked very well after our last trip. At least we had plenty of petrol this time.

We came back, loaded up the boat with fishing lines, extra petrol and the set line. Set out again in a similar direction, but the wind had got up and it became choppy. It didn’t help that my fishing buddy was sitting in the front and lowering the bow into the choppy waves. Turned around and came back across the bay to a more protected spot where we set out the line.

After about 90 minutes, went back out to retrieve the set line. Nothing , nil, nada. Fifteen hooks with different baits and no fish. The baits were still all attached. I guess we are not meant to be successful fishermen. Still there is always next time. It was great fun though.

Returning home yesterday, took a detour across the Thames Valley to Huntly. Had great intentions of travelling south on the new Huntly by-pass, that had it’s official opening last weekend. Imagine our surprise when we get there to find it is not yet open to traffic. What kind of morons have an official opening of something only not to have it in use the next day?

Twitford did the official opening, so I guess like everything else he is associated with turns to shit. Coming into Hunlty was a stream of cars going both ways. Most I would expect had the same purpose of trying out the new by-pass. 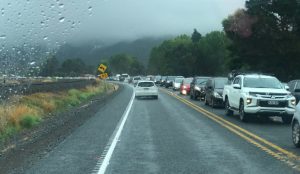 Have been travelling south from Huntly for over 5o years. Have never ever seen so many cars built up going into Huntly. It stretched all the way back to Taupiri. This was just after mid day.

Arrived home in Cambridge to find it had rained and continued to rain steadily all afternoon.

Previous articleRoads Not Required?
Next articleFree Speech Don’t Mean Shit To Some Companies