Another Three Days in Paradise 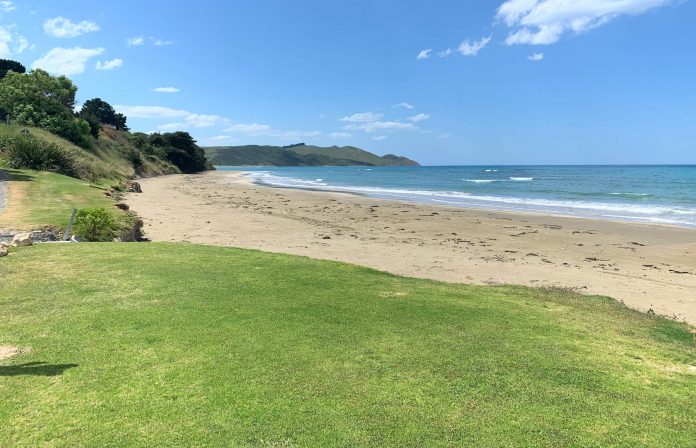 Have just spent 3 days on the east coast. Can you guess which beach this is?

There was NO internet at all. So I had to travel 20 klms inland to find cell phone coverage. Luckily I had done 3 days post ready to be posted.

We met up with family members and spent 2 nights right on the beach. Had a Takacat to try out for the first time. Nothing goes to plan. Got it assembled, launched and out to sea. Put out a set line and returned to the beach. It was too choppy to do any other fishing. After an hours wait returned to retrieve the line. Going out to the line was fine until about half way out. The bloody new outboard started to splutter and eventually cut out just as we got to the line.

It had run out of petrol. I had returned the new unused motor to the dealer last Fiday with an oil leak. It turns out that he had over filled the oil tank. I picked it up from him on Tueday morning. It was full of petrol when I took it to him. So he must have run it when he had fixed the oil problem.

We had to row around the set line and retrieve it. Only got one fish, a small blue cod. Not big enough to keep. With the line up, we started the row back to shore. It was lucky there was a onshore wind.

You had to be there to understand the funny side of this. What I learnt was to check the petrol before each usage from now on.

Our return home was interrupted by an enforced wait on the Napier-Taupo road at Eskdale. After waiting for an hour got a call to say the road would be closed until at least 2.pm, anoter wait of 4 hours at least. So turned around and came home via the Napier-Taihape road. The motor home performed remarkably well up all those steep hills. Had travelled that road last 10 years ago.

Previous articleNot On My Watch
Next articleHave Your Say