You Stupid Boy
Home Uncategorised Anybody Out there? 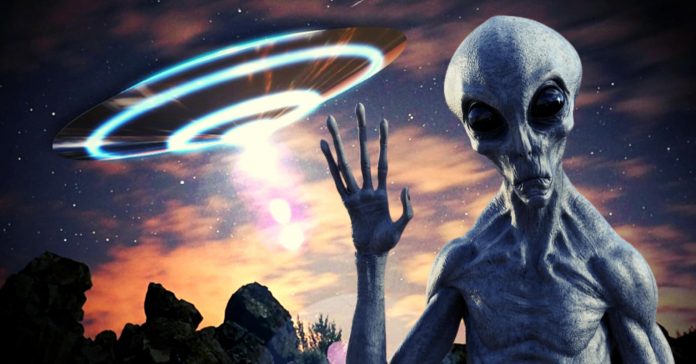 They say they have not revealed this information to the public because they feel that the average citizen is not ready to know.

In a shocking new interview, retired Israeli general Haim Eshed claimed that the United States and Israeli governments have been in contact with extraterrestrials for many years, but have not revealed this information to the public because they feel that the average citizen is not ready to know.

The 87-year-old former space security chief is currently working as a professor. Eshed has had a very prestigious career and is very well-respected. He served as the head of Israel’s space security program for nearly 30 years and is a three-time recipient of the Israel Security Award.

He has shared these wild claims about extraterrestrials in a recent interview with Yediot Aharonot.

Eshed said that some governments are in contact with a “Galactic Federation” of aliens from far reaches of space who are observing humans for their own research purposes.

He also said that there is an underground base on Mars that has both human and alien representatives. Eshed says that US President Donald Trump knows all about the aliens and was “on the verge” of telling the world about them until the Galactic Federation somehow persuaded him to keep quiet.

According to Eshed, the Galactic Federation does not believe that humanity is evolved enough to join the interplanetary community, but they want us to be “helpers” eventually.

“There’s an agreement between the US government and the aliens. They signed a contract with us to do experiments here. They, too, are researching and trying to understand the whole fabric of the universe, and they want us as helpers,” Eshed explained.

Eshed says that he is going public now because his position as a professor gives him more credibility, and perhaps now that he is out of the military he feels a bit safer to speak his mind.

“If I had come up with what I’m saying today five years ago, I would have been hospitalized,” he said, adding that, “today, they’re already talking differently. I have nothing to lose. I’ve received my degrees and awards; I am respected in universities abroad, where the trend is also changing,” Eshed said, according to the Jerusalem Post.

Eshed revealed further details about these alleged secret space programs and contacts in a book that he recently published titled, “The Universe Beyond the Horizon – conversations with Professor Haim Eshed.”

Eshed also says that aliens have prevented nuclear apocalypses on the planet Earth. It is not clear if he actually has any evidence to support the wild claims made both in the interview and in the book, but the fact that he was in charge of a space program for 30 years certainly gives his claims some level of credibility.

Earlier this year, the Pentagon announced the formation of a new task force that will be studying UFOs or “Unidentified Flying Objects.”

The formation of this new task force is something that has been in motion for a long time, since the Pentagon released declassified videos to the public which showed government aircraft interacting with UFOs in the sky.

The footage that provoked this renewed interest in UFOs was captured in 2014 and 2015. One of the videos, taken from US Navy aircraft, seems to show the pilots chasing a UFO off the east coast of the United States. Navy pilots reported spotting the objects flying around 30,000 feet in the air at hypersonic speeds and showing no visible engines or exhaust plumes typical of any known aircraft currently on Earth.

Previous articleHave Your Say
Next articleFast becoming a favourite website