You Stupid Boy
Home Freedom of Speech Are the Woke Woking Up?

Are the Woke Woking Up? 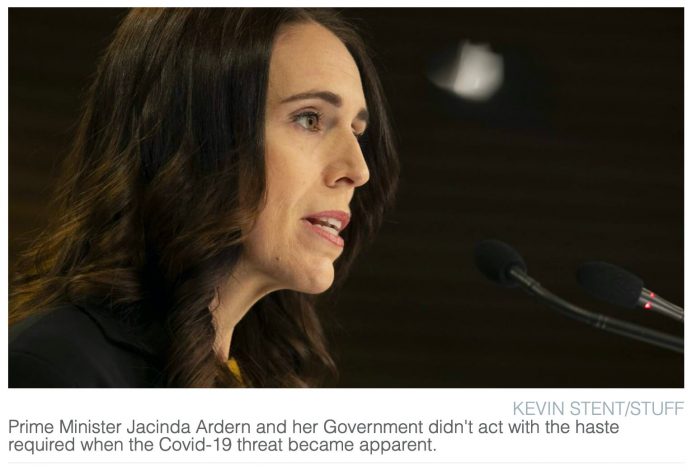 OPINION: I’m not a lawyer or legal expert, but what I do know is that your rights to freedom of movement and assembly have been impinged by an incompetent Government that has put tens of thousands of lives at risk.

Sorry, I’m not buying into the “we must support our Government in times of crisis” myth. On the contrary, every single decision needs to be questioned and challenged if necessary – now more than ever.

So why is our Government incompetent? Let’s start with the obvious. On February 3 the Government implemented “temporary entry restrictions into New Zealand on all foreign nationals travelling from, or transiting through mainland China to assist with the containment of the novel coronavirus and to protect New Zealand and the Pacific Islands from the disease”.

This was the time for a blanket ban on all entries except for New Zealanders, who should have been tested for coronavirus on arrival and then quarantined – not isolated – until clearance was given from the lab.

At that time of the temporary entry restrictions from China, anyone who was closely monitoring the situation knew what was coming our way if we didn’t shut down our borders immediately.

My colleague, who has been enthusiastically doing his own modelling of Covid-19 since January, was telling all who would listen that we need to shut down our borders. My wife’s 100-year-old grandmother, a retired medical doctor, said the same thing about the same time. She wasn’t born when the Spanish flu kicked off, but she’s old enough to remember the horror stories of it.

I also knew that we should have closed our borders – lots of people knew it and you didn’t need letters after or before your name to have figured that out. It’s quite simple really: When there’s an infectious disease and it starts to spread to other countries, you close the borders.

But we didn’t. Instead, Prime Minister Jacinda Ardern left the gates wide open and made one shocking decision after another.

An example is the health checks, including temperature checks, our PM ordered for all travellers flying to the Pacific Islands – police and Customs were on hand to assist. However, at the same time, visitors to New Zealand could continue to just waltz on through – the PM did not order health checks on arrivals, none whatsoever. Perhaps Ardern momentarily thought she was the prime minister of the Pacific Islands and not New Zealand?

Meanwhile, coronavirus was walking through the international arrival gates.

So, why didn’t our Government close the borders back in February? I fear it was a decision based on economics. In other words, sacrifice some of our elderly and other New Zealanders with health problems to keep the country economically afloat. Or perhaps it has more to do with the reactive rather than proactive philosophy of our Government. Either way is terrible.

Yes, our Government’s approach has been reactive – no-one can deny it based on its approach to date. We had a head start to stop this disease from entering our country, but our Government thought it would deal with it by reacting to this disease once it arrived. By doing so, it has put tens of thousands of lives at risk. Can you see how that’s not a good plan?

After all, prevention is better than cure.

This situation could have been avoided if the PM had shut down our borders weeks ago. Yes, New Zealand would have suffered economically, but we would be coronavirus-free and we wouldn’t be in lockdown. Instead, we will now watch this disease spread to thousands of New Zealanders and people will die – and we will still suffer economically.

Interestingly, iwi across the country have announced they’re putting up road checkpoints to prevent tourists from spreading the disease. Former MP Hone Harawira said:”If we don’t start seriously restricting people coming into our territory our people will die. I’m talking about all people, not just Māori. If you’re from here our job is to do what we can to protect your future.”

Love him or loathe him, that’s leadership.

Too bad our PM didn’t do the same thing for our country when it would have made a difference. People are going to die. But at least she still gives a smile here and there at her daily updates to the media. Smiles and hugs make it better, right? No, don’t hug anyone unless that person is in your household.

Make the most of home detention, folks. Let’s hope the ankle bracelets can come off in four weeks. Here’s counting.

Steve Elers is a senior lecturer at Massey University, who writes a weekly column for Stuff on social and cultural issues

saved for posterity on instructions from DifferentPerspective.

Previous articleWhat a Difference a Month Makes
Next articleHave Your Say