You Stupid Boy
Home World News Are They Winning? 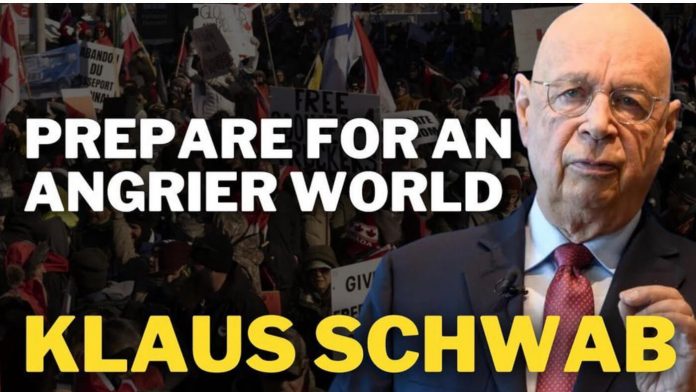 How is it that more than 190 governments from all over the world ended up dealing with the Covid pandemic in almost exactly the same manner, with lockdowns, mask mandates, and vaccination cards now being commonplace everywhere?

The answer may lie in the Young Global Leaders school, which was established and managed by Klaus Schwab of the World Economic Forum (“WEF”), and that many of today’s prominent political and business leaders passed through on their way to the top.

A hidden alliance of political and corporate leaders is exploiting the pandemic with the aim of crashing national economies and introducing a global digital currency, and these leaders include President of France Emmanuel Macron, Prime Minister of Canada Justin Trudeau, Prime Minister of New Zealand Jacinda Ardern, and Prime Minister of the United Kingdom Boris Johnson.

This isn’t fiction, it’s fact. Just listen to the President of the World Economic Forum, Klaus Schwab, himself say the following –

“I have to say when I mention or names like Mrs Mirkle, Vladimir Putin and so on they have all been Young Global Leaders of the World Economic Forum, but what we’re really proud of now is the young generation like Prime Minister Trudeau, the President of Argentina and so on. So we penetrate the cabinets.

“So yesterday I was at a reception for Prime Minister Trudeau, and I know that half of his cabinet are Young Global Leaders of the World Economic Forum.”

The story begins with the World Economic Forum (WEF), which is an NGO founded by Klaus Schwab, a German economist and mechanical engineer, in Switzerland in 1971, when he was only 32. The WEF is best-known to the public for the annual conferences it holds in Davos, Switzerland each January that aim to bring together political and business leaders from around the world to discuss the problems of the day.

Today, it is one of the most important networks in the world for the globalist power elite, being funded by approximately a thousand multinational corporations.

The WEF, which was originally called the European Management Forum until 1987, succeeded in bringing together 440 executives from 31 nations already at its very first meeting in February 1971, which was an unexpected achievement for someone like Schwab, who had very little international or professional experience prior to this.

The reason may be due to the contacts Schwab made during his university education, including studying with no less a person than former National Security Advisor and Secretary of State Henry Kissinger.

The Forum initially only brought together people from the economic field, but before long, it began attracting politicians, prominent figures from the media (including from the BBC and CNN), and even celebrities.

In 1992 Schwab established a parallel institution, the Global Leaders for Tomorrow school, which was re-established as Young Global Leaders in 2004. Attendees at the school must apply for admission and are then subjected to a rigorous selection process.

Members of the school’s very first class in 1992 already included many who went on to become important liberal political figures, such as Angela Merkel, Nicolas Sarkozy, and Tony Blair.

Other notable names on the school’s roster are – 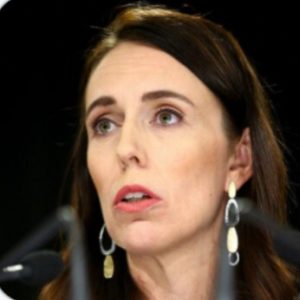 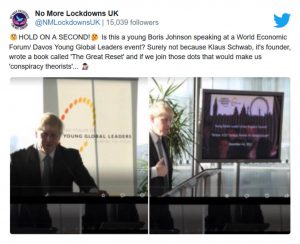 Leaders who have been groomed by the WEF have infiltrated Governments around the world and they have worked in lockstep to implement ridiculous, Draconian restrictions under the guise of an alleged virus that kills less than 0.2% of those it infects.

The following text is taken from a document released by the Rockefeller foundation in 2010 titled ‘Scenarios for the Future of Technology and International Development’. It describes a future scenario playing out which the document terms as the ‘Lockstep Scenario’. 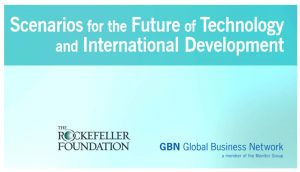 In 2020, the pandemic that the world had been anticipating for years finally hit. Unlike the 2004 SARS epidemic, this new coronavirus strain—origin unknown—was extremely virulent and deadly. Even the most pandemic-prepared nations were quickly overwhelmed when the virus streaked around the world, infecting nearly 20 percent of the global population and killing millions in just seven months.

The pandemic also had a deadly effect on economies: international mobility of both people and goods screeched to a halt, debilitating industries like tourism and breaking global supply chains. Even locally, normally bustling shops and office buildings sat empty for months, devoid of both employees and customers. The pandemic blanketed the planet—though disproportionate numbers died in care homes, where the virus spread like wildfire in the absence of official containment protocols.

The United Kingdom’s initial policy of “strongly discouraging” citizens from flying proved deadly in its leniency, accelerating the spread of the virus not just within the U.K but across borders. However, a few countries did fare better—China in particular. The Chinese government’s quick imposition and enforcement of mandatory quarantine for all citizens, as well as its instant and near-hermetic sealing off of all borders, saved millions of lives, stopping the spread of the virus far earlier than in other countries and enabling a swifter post-pandemic recovery.

China’s government was not the only one that took extreme measures to protect its citizens from risk and exposure. During the pandemic, national leaders around the world flexed their authority and imposed airtight rules and restrictions, from the mandatory wearing of face masks to body-temperature checks at the entries to communal spaces like train stations and supermarkets.’

You will have noticed a few words within the article which we highlighted in bold. These are words that we changed in order to bring the document in line with the current scenario playing out across the world – the alleged Covid-19 pandemic.

A grand total of just 9 words is all that we needed to change to ensure the full text; written in 2010 by the Rockefeller Foundation, fully represented the alleged Covid-19 pandemic. Just nine words.

We’re either living in the age of coincidence or we are watching a very carefully thought out plan play out before our eyes. 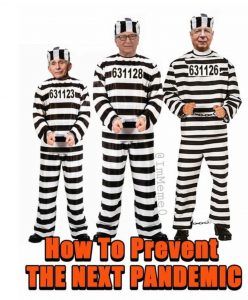