You Stupid Boy
Home Did You Know? Armed to the teeth 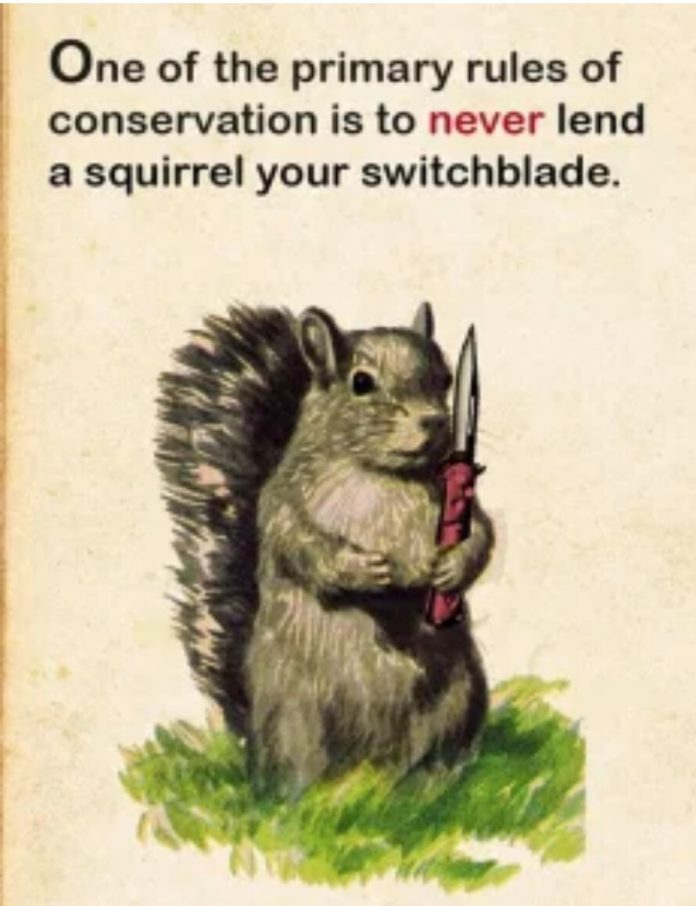 The other day, Andrea Diamond was at home in Canada when a fluffy-tailed visitor decided to drop by her yard.

It was a squirrel, and a rather chubby one at that. But there was something else a little different about this squirrel in particular.

Evidently, while making his rounds through backyards in the neighborhood, the squirrel happened upon a small knife someone had left out — and he decided to steal it.

As Diamond looked on in amazement, the squirrel proceeded to wield the blade in an adorably intimidating manner.

“I noticed he had something blue in his mouth and I did a double-take and then I realized it was a knife. I started filming,” Diamond told the Toronto Star. “He was just gnawing on it, happily.”