You Stupid Boy
Home US Politics Arsehole by any name

Arsehole by any name 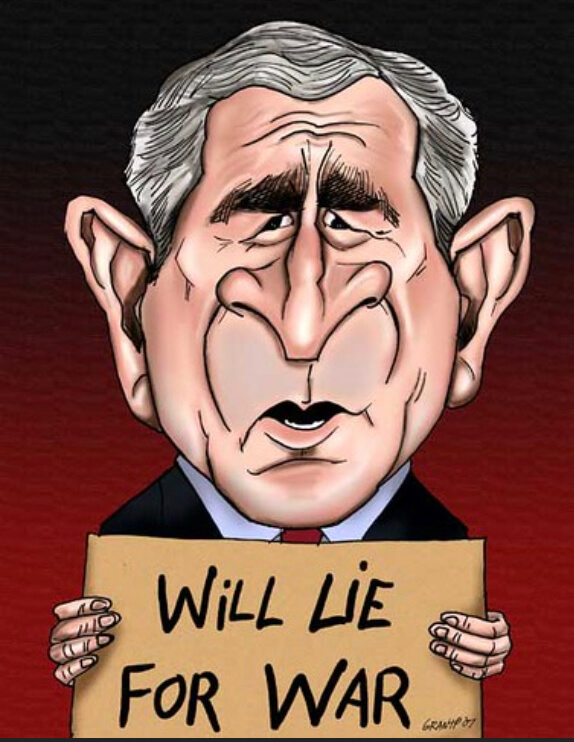 Former President George W. Bush, who won the 2000 presidential election after pursuing legal action all the way to the Supreme Court, has pledged to help Joe Biden “any way I can” while declaring the 2020 election “fundamentally fair.“

“No matter how you voted, your vote counted,” Bush Jr. said. “Though we have political differences, I know Joe Biden to be a good man, who has won his opportunity to lead and unify our country.”

The two-term 43rd president, who has waded into partisan politics in recent years to attack President Trump, most notably in 2018 with Bill Clinton, revealed that he is continuing to collaborate with Democrats.

In a statement, Mr. Bush said he spoke with Joe Biden on the phone and offered “my prayers for his success and my pledge to help in any way I can.”

Two years ago George W. Bush, who led the US into wars across the Middle East at the cost of at least 480,000 lives including thousands of Americans, teamed up with former President Bill Clinton to attack President Trump’s peaceful presidency, arguing that wars are necessary “for the sake of peace.”

During a panel alongside former President Bill Clinton at the Nir School of the Heart, Bush laid into Trump for his recent decision to withdraw up to 1,000 American troops from Syria — fulfilling his longheld campaign pledge to stop the endless wars and bring troops home after more than a decade of war.

“An isolationist United States is destabilising around the world,” Bush said, according to the Washington Post‘s Josh Rogin. “We are becoming isolationist and that’s dangerous for the sake of peace.”

However, many people questioned whether Bush should be lecturing anybody on “peace.”

Bush also told the audience at the Nir School that his “biggest regret” from his time as president was not passing an amnesty for the estimated 11 to 22 million undocumented immigrants living illegally in the United States, seemingly attacking Trump’s focus on enforcing immigration law and securing the border.

“We are a nation of immigrants but the language coming out of the system today is rejecting immigration,” Bush said, receiving approval and applause from Bill Clinton.

Bush’s continued attacks on President Trump and his “America First” agenda stand in contrast to his silence and refusal to denounce the far-left policies of the Obama administration.

“I don’t think it’s good for the country to have a former president undermine a current president,” Bush said in 2014. “I think it’s bad for the presidency for that matter.” 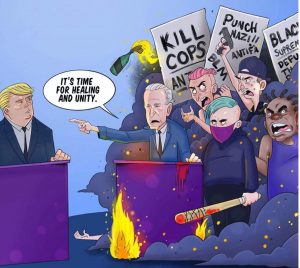