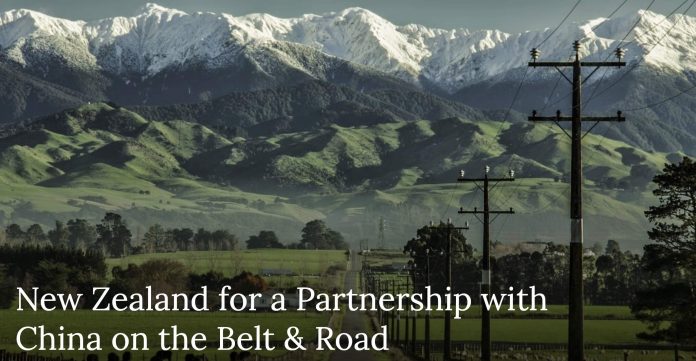 New Zealand has offered to teach Australia its special brand of bend-over diplomacy in order to get back into China’s good books.

The generous offer came from Kiwi Trade Minister Damien O’Connor who went as far as offering to mediate a trade settlement (by which he meant a capitulation) on our behalf.

It comes a month after his kowtowing colleague, New Zealand Foreign Minister Nanaia Mahuta, offered to negotiate a truce (by which she meant a surrender) with China.

But more significantly, it comes just two days after China agreed to give New Zealand more of their money, in part to further punish Australia for having the temerity to ask questions about coronavirus.

As they say, those Kiwis are bought and paid for.

“We have a mature and honest relationship with China, and we’ve always been able to raise ­issues of concern,” said Mr O’Conner, whose brown-nosing diplomatic triumphs include persuading the Chinese to come clean about Covid, to stop persecuting the Uighurs and to recognise the sovereignty of Taiwan (by which I mean none of those things).

Clearly, Mr O’Conner’s lecture (by which I mean slap with a feather) was part and parcel of New Zealand’s trade deal with China, wherein they are required to speak on behalf of China against those refusing to be subjugated.

Every bully has his minions and they enjoy a special protected status. Of course, part of their role as is to fulfil certain needs of the bully.

Understanding this, the Australian Government did not take New Zealand’s advice as seriously as if New Zealand government ministers had been talking about something they actually understood (by which I mean rugby union or sheep).

Australian Trade Minister Dan Tehan said our nation’s trade policy would “be guided by three Ps: proactivity, principle and ­patience” (by which Mr O’Conner heard “placate from the prostrate position”)

Australia is big enough to overlook the immaturity and disrespect shown by New Zealand’s Trade Minister (by whom I mean Comrade O’Conner) in ‘advising’ his closest ally on how to show maturity and respect to a Communist foe.

But Australia would be ill-advised to ignore the naivety (by which I mean lack of experience, wisdom and judgement) demonstrated by our cousins across the Ditch.

In the event that China ever tries to invade New Zealand they will no doubt put up a spirited defence (by which I mean scream for Australia’s help).

Right now, however, New Zealand’s woke, socialist progressives (by which I mean those who will shake hands with the Devil if the price is right; and become the Devil for a dollar more) are snubbing their allies and preferring to dance with the bear.

Australia doesn’t actually have an issue with China over trade. It is China that has a problem with Australia, not over trade, but over our determination not to allow them to continue buying us piece by piece.

Our previous trade with them has become their weapon of choice to try to force us to accept their demands.

New Zealand (by which I mean a lamb that loves the abattoirs) is about to sell its soul to China for easy money, and its effort to have us sit down with China is just another ploy by China to have us acquiesce to their demands.

Previous articleSleepy Joe has all the answers.
Next articleHave Your Say