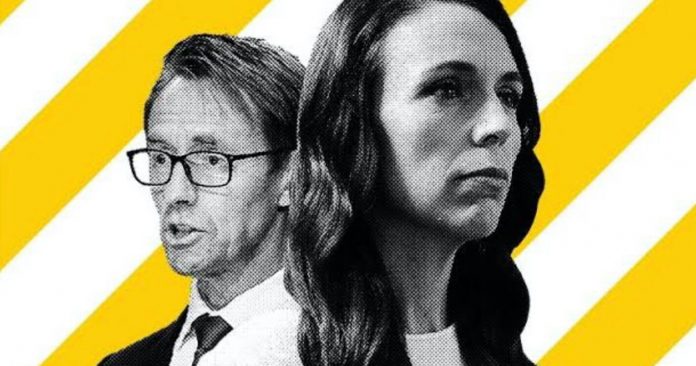 For months we’ve heard the cry: oh how wonderfully New Zealand dealt with the Coronavirus! They did the tightest lockdown in the world! The coronavirus – no doubt astonished by the decisiveness and ferocity of prime minister Jacinda Ardern, the heroine of all media – just decided not to make this wonderful country a home. The virus was bested by political wit!

Oh what a fantasy it was all along, as Oxford’s Sunetra Gupta pointed out from the beginning. What was actually happening in New Zealand was delaying the inevitable. In the modern world, there is no chance for a developed society to replicate the experience of a primitive tribe with naive immune systems living in isolation.

You wouldn’t want to do that anyway because you make the whole population of your tribe fatally vulnerable to the next bug that comes along. In Gupta’s view, New Zealand’s “success” wouldn’t be that at all.

By the way, she also finds New Zealand’s approach immoral, a selfish demand that the rest of the world bear the burden of herd immunity while Kiwis hide in their homes and surf the Internet. Indeed, interestingly, she regards the New Zealand policy as a violation of the global social contract — the first truly persuasive deployment of that phrase that I’ve heard.

Still, after 100 days, the New York Times sang a hymn to the country and its leader: “New Zealand’s successful fight against COVID-19 has made the Pacific island nation of 5 million one of the safest places in the world right now.”

Her upcoming election, proclaimed Ardern the Magnificent, is a “Covid election.”

Alas, the virus was not entirely eradicated after all. Going 102 days without a reported case, tests found four people in one family. Yes, that’s 4 in a city of 1.7 million. Panic time!

I could find nothing on whether they showed symptoms or how severe they are. In any case, if the goal is complete banishment of the virus through an aggressive application of state power, clearly something has to be done.

You can observe how much the country locked down and then opened up with a sense of false comfort, only to lock down again. Talk about regime uncertainty!

People had been going about their business, eating in restaurants and going to movies, while sniffing in disdain at the rest of the world for allowing the virus to sweep through and gain herd immunity. New Zealand found another way! A scientific way!

There was always an issue however. New Zealand’s economy relies directly and indirectly on international tourism for 10% of its GDP, and the industry employs 188,000 people. Would it have to end permanently, or perhaps every visitor would be subjected to testing and quarantine forever? That wouldn’t exactly be good for business.

But Ardern the Wise didn’t apparently think about what happens after she personally decided to deny her entire population natural immunities to a virus that has otherwise spread all over the world.

With four cases, what to do? Well, sure enough, now Ardern the Great has announced a full lockdown in the city of Auckland. Everyone home. All businesses except essentials are closed. Public venues including libraries, museums, cinemas, food courts, gyms, pools, playgrounds and markets will all close as soon as the lockdown begins. This announcement immediately caused panic buying. Customers blasted past security to load up in preparation for a long period of disaster.

That’s one way to end a dream.

Camelot is now under police-state rule yet again. Road blocks. Delayed elections. After four cases! We await videos of police tackling people to the ground, commandos breaking down doors, restrictions on hoarding groceries, a brutal contact-tracing regime, fines and jails for daring to gather with friends, and all the concomitant side effects of lockdowns: drug overdoses, alcoholism, depression, and suicide.

Safe is not the first word to come to mind in Ardern the Magnificent’s safespace, where cops are a greater threat to the public than Covid-19.

And yet the virus will stay to vex the country. This will happen no matter the heaps of praise that Ardern the Holy receives from the New York Times.

Here we get to the root problem of lockdown theory. Initially, in the US and UK, it was about curve flattening to preserve hospital capacity. That gradually mutated into a completely different theory that politicians would use police power to suppress and eradicate a virus. To my knowledge – anyone can read a Dummies-style book on viruses on Kindle – no truly competent immunologist would say that suppression is either viable or desirable. And yet to one extent or another, most governments in the world, save a handful, attempted to do just this.

Somehow we knew about viruses, and then suddenly, we did not. It has been called the greatest failure of government in modern history.

New Zealand, a country of earnest people who pride themselves on intelligence and good government, took the theory of virus eradication through force to an extent not seen in any developed country. It went full barbarism, pitched by a suave politician with a charming accent. All was well. Now barbarism is back again.

Look, I apologize for my sassy tone here. It’s tragic what has happened to this wonderful country. It was my pleasure to visit there for a week. I, like many other Americans who visit, almost considered ripping up my return plane ticket.

Sadly, thanks to brutal and deeply incompetent political leadership, that paradise is lost, lost to the superstitions of the COVID faith that power, police, and adoring news coverage can scare a pathogen to go away and stay away.

You can follow the path of infection and death in New Zealand here. It might take a month, six months, or even a year, but it’s coming. No amount of force will stop it.

But our Saint Cindy has said many times she will wipe it out in her fiefdom.

“Do not have any doubts about it. I will prevail and show the rest of the world how it is done”

Previous articleCan this include political pardies?
Next articleIs the end here for BLM?