You Stupid Boy
Home Did You Know? Back Pain Explained 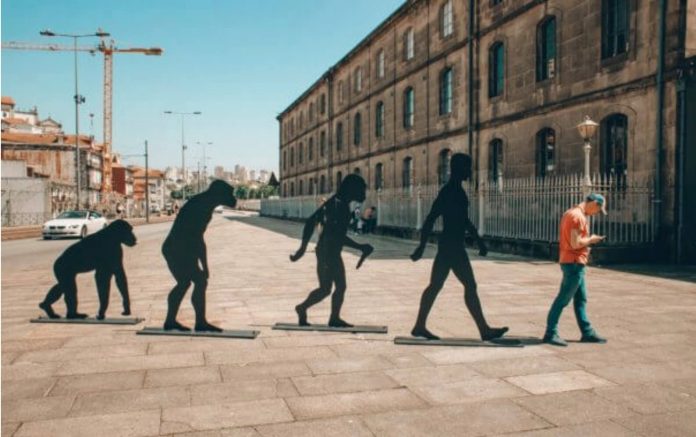 Neanderthals might hold clues as to why modern humans suffer lower back pain, according to a new study. Their backbones show that much pain suffered today is from less physical activity, bad posture, and the use of furniture.

Back pain can be first identified in humans after the turn of the industrial era in the late 19th century when most jobs went from agriculture and high-activity to sitting down. Spine analysis previously assumed that our pre-modern day human ancestors had different spines due to evolution. But researchers examining intact spines from across the centuries have found that actually spines stayed the same until around 1900.

Following this the spine’s curvature changes which is caused in part, by a “wedging,” of vertebrae and the intervertebral discs, the softer material between the vertebrae. 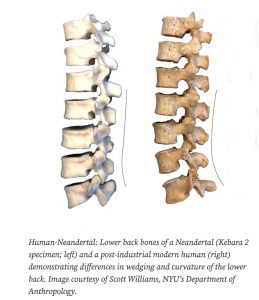 Notably, the scientists found no differences linked to geography within samples from the same era.

“Neanderthals are not distinct from modern humans in lumbar wedging and therefore likely possessed curved lower backs like we do,” says co-author Dr. Scott Williams, an associate professor at New York University, in a statement. “However, over time, specifically after the onset of industrialisation in the late 19th century, we see increased wedging in the lower backbones of today’s humans—a change that may relate to higher instances of back pain, and other afflictions, in postindustrial societies. A good part of this perspective derives from the wedging of Neanderthals’ lumbar, or lower, vertebrae—their spines in this region curve less than those of modern humans studied in the US or Europe.

“Past research has shown that higher rates of low back pain are associated with urban areas and especially in ‘enclosed workshop’ settings where employees maintain tedious and painful work postures, such as constantly sitting on stools in a forward-leaning position,” Williams continues. “A pre-industrial vs. post-industrial lifestyle is the important factor. Lower back curvature is made up of soft tissues (i.e., intervertebral discs), not just bones, so it cannot be ascertained that Neanderthals’ lumbar lordosis differed from modern humans. The bones are often all that is preserved in fossils, so it’s all we have to work with.”

The researchers blameless physical activity and bad posture among modern humans, along with the use of furniture, which of course can cause both of those issues. Soft tissue that helped keep early humans more upright is less developed today, only adding to the problems from bad posture.

“To compensate, our lower-back bones have taken on more wedging than our pre-industrial and Neanderthal predecessors, potentially contributing to the frequency of lower back pain we find in post-industrial societies,” says Williams.