You Stupid Boy
Home Freedom of Speech Be Very Afraid. 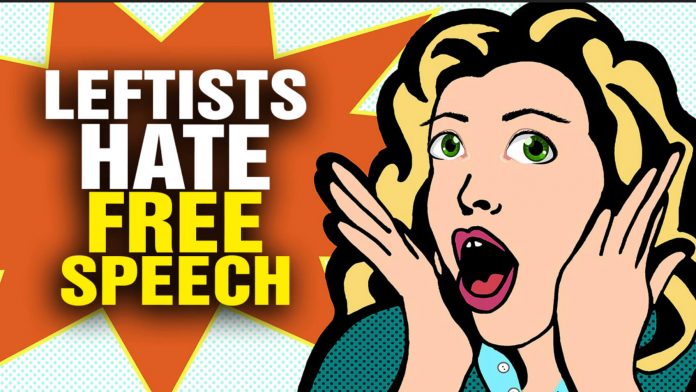 Louis Duxbury was convicted of “inciting religious hatred” and sentenced to 18 months in jail in late 2019 for going on an “anti-Muslim rant” to a few Facebook followers in the wake of a series of deadly Muslim terrorist attacks against his country in 2017.

Last month, Duxbury shared the Orwellian details of his two trials and imprisonment in an interview with Rob Warner’s Crimebodge and revealed how he is still being hounded by the government and his probation officers who are threatening to throw him in prison again.

As I previously reported, Duxbury, who was 22 years old at the time, said one day after the Nov 29, 2019 London Bridge terror attack in a video uploaded to Facebook that he thought Muslim terrorists should be “wiped off the face of the earth.”

The state insisted he meant all Muslims. 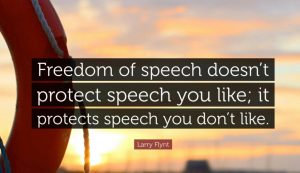 Such a statement with no actionable intent would undoubtedly be ruled to be free speech here in America but in the UK where free speech has been abolished, it will get you a year and a half in prison.

In contrast, Cambridge University academic Priyamvada Gopal went on a similar rant on Twitter in 2020 where she said that “White Lives Don’t Matter” and we must “Abolish whiteness” and was not only not prosecuted for it but was rewarded by getting promoted to a full professorship.

Though Duxbury was shown no leniency and tried twice by the government in order secure a conviction, the London Bridge attacker himself was only out of prison because he was shown leniency and released early in 2018 after being convicted in 2012 of conspiring to blow up the London Stock Exchange.

London Bridge attacker Usman Khan was poster boy for Learning Together, a Cambridge University rehab scheme. He was highlighted as a case study to show how they helped prisoners. Khan even wrote a poem and provided a computer Every week, [Louis] Duxbury has to attend York probation office. Up until this week, he was assigned a very woke, very white, very hate-filled probation officer – who from the outset made it clear that he could never be forgiven for his crime. This woman used every meeting as an opportunity to insult, berate and re-educate him.

At one meeting she told him that his skin colour was a significant part of his problem:

“Do you understand white privilege?” She said, “Because you need to be made aware that being from your ethnic background, this may affect other members in different communities.”

Because having white skin could cause offence.

But she didn’t stop there with her demented ideology. She grilled Duxbury on his private life, and asked him if he had a girlfriend. When he expressed his desire to settle down and get married the probationer became enraged, and said:

“So you’re a misogynist then. You are a patriarch.”

Because in the mind of the sort of people that work for York Probation Service, getting married equates to violence against women.

Louis Duxbury attempted to make a complaint to York Probation services, but it was ignored. He can’t record her soapboxing because recording devices are forbidden at the offices. It falls upon York Probation service to account for the veracity of the allegations that have been made against them. All I will say is that a recent Inspectorate of Probationers report confirms that the probation service has indeed been infected with the virus of critical race theory. The report is riddled with commentary on how to overcome ‘unconscious bias’ and focuses exclusively on how to treat non-whites differently to whites. Probationers are encouraged to treat ethnic minorities as special cases, and to admit to their own wrongthink, as some kind of purification ritual in the church of wokeness.

Just like Humber Prison, York Probation service are a lawsuit waiting to happen. Not only could the probationer’s behaviour be regarded as discriminatory under the Equalities Act 2010, but any decision that she makes in her reports could also be challenged by Judicial Review, as the reports have clearly been influenced by prejudice toward that person’s skin colour and sex.

I would also go as far as to say that the Probationers aggressive race wrangling constitutes racially aggravated harassment under the Protection from Harassment Act 1997. Not only is this a criminal offence, it has a civil remedy as well, which means that York probation office could find themselves in county court, being sued by every client who has been told that their skin colour is racist.

Under the terms of Duxbury’s early release he is required to surrender himself to a police station once a month along with all his electronic devices. The police then search those devices to ensure that he hasn’t engaged in any more instances of wrongspeak. For eight months Duxbury has done as he is asked. On every occasion he hands over the same devices, that have remained relatively untouched since his incarceration. Every month the police have searched those devices and found nothing. On the last day of his licence, when the police were expected to relinquish their hold on him, they suddenly claim to have found something on his device that gives ’cause for concern’. Which means, once again, Duxbury’s liberty is hanging in the balance on the whims of North Yorkshire Police. Understandably anxious, Duxbury contacted the investigating officer – PC Alister Foy – to ask why. The officer responded vaguely telling Duxbury he could wait as long as 5 months for a decision to be made.

In my opinion this is a deliberate attempt by North Yorkshire Police, to extrajudicially punish Louis Duxbury, for a crime he has already paid heavily for. The officer deliberately over estimates the time period Duxbury will have to wait for them to make a decision as they play Russian roulette with his liberty.

I am certain, just as Duxbury is, that the police, the probation service, PREVENT, and the Crown Prosecution Service would like nothing less than for Duxbury to go back to prison, and it seems they will do anything to make this happen. In their eyes, he is the most heinous of all criminals. He has dared to offend the state’s most beloved and protected community, and they will show no restraint or proportion to make him suffer for that. He is a political prisoner, persecuted by the authorities in an attempt to balance the books and make it appear that right wing extremists are as prolific as Islamic terrorists. And where they can’t find any, they are willing to manufacture them.

In 1984 – Orwell’s guidebook to 2020’s Britain – anyone caught committing a thought crime would be tortured, re-educated and then shot. But our modern day Thinkpol won’t let you off quite so easily. Rather than despatch you swiftly they prefer to keep you in a permanent state of fear, staring down the barrel of a gun for as long as they care to aim it. A weapon placed into their spiteful hands by the state, the media, and our inconsistent and oppressive hate crime laws.

Warner detailed how Duxbury’s biggest mistake was talking to police.

He thought that “once they heard his explanation and discovered he wasn’t a right wing extremist – but just somebody expressing his rightful contempt toward Islamic murderers – they would leave him alone,” Warner reported.

Instead, he walked into their trap and made the regime’s political persecution even easier.

Never talk to police and never call for violence on the internet!

Previous articleHave Your Say
Next articleNot For Me, But For Thee