Be very afraid over voting date 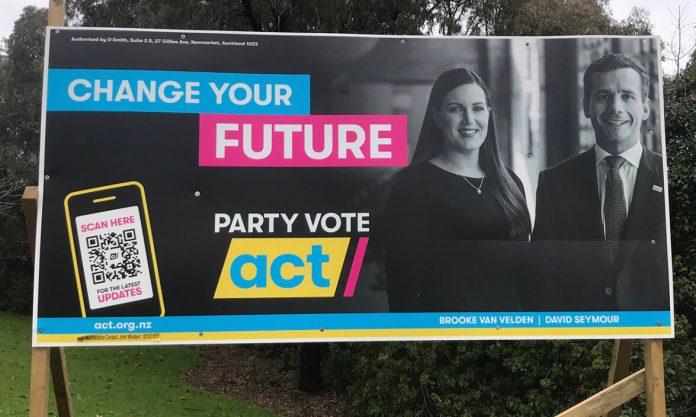 Voting is an essential service too. Why NZ can’t be afraid to go to the polls

As much as supermarkets and pharmacies, the general election is an essential service and it must continue. There are ways and means to safely exercise our democratic rights during lockdown.

The prime minister left it open at her press conference on Wednesday as to whether the election (currently scheduled for September 19) might be delayed and, if so, to what future date.

While such a move is legally possible, it only defers the uncertainty about public safety at the polls. No one can predict whether one month later, for example, will be more or less safe than the scheduled date, or indeed any other reasonable date.

Democracy delayed is democracy denied
The dissolution of the 52nd Parliament was deferred at the last moment on Wednesday until the following Monday.

No later than seven days after dissolution, the governor-general issues the writ for the next election, including its date. This is all done on the advice of the prime minister, by long-established convention.

Under emergency circumstances, it may be wise for the prime minister to consult leaders of other parties about the election date – but this is not mandatory.

National Party leader Judith Collins has already accused the prime minister of a “lack of transparency” over the date. Collins called for a late November election, or even pushing it out to next year.

It would be a shame if any of the parties used such a basic democratic procedural right for political football or electoral advantage. An opposition, for example, may prefer a later date largely to give them more time to campaign – not from concern for voters’ health.

Similarly, a government might prefer to rush an election for the same kind of reason. The loser may be the democratic system.

It’s time to commit a date
This isn’t to say there should be no delay – only that we need not regard lockdown as a barrier to voting. Set a date within the legal limit and get on with it. But don’t let political advantage be a deciding factor.

As for politicians being able to campaign or hold meetings, perhaps they could learn to work online like the rest of us have had to during successive lockdowns.

The election itself belongs to the voters, not the candidates. It is run by an independent, non-political public agency, the Electoral Commission. We should not listen to political jockeys arguing over when to open the gates.

Furthermore, in 2020, political leaders should be cautious about being seen to take their cue from Donald Trump desperately calling for a delayed election – even though, in his case, the US Constitution puts the matter in the hands of Congress.

The Electoral Commission has already planned for safe voting. It has booked in more and larger voting venues than before to allow for social distancing. Hand sanitisers will be available.

The chief electoral officer can temporarily suspend voting at polling stations due to “an unforeseen or unavoidable disruption”, including an epidemic.

We should be confident in the system
Early voting is due to begin on September 5. On past experience, about half of us will vote this way and avoid polling day altogether.

At any election there are systems in place for people who can’t vote in person due to age, illness or disability. The demand for such services this time may well increase for those who are immuno-compromised and wary of contact with the public. So, those services may need to be boosted for this election, regardless of its date.

It is also possible to apply for postal voting. Why not have drive-in voting booths for people who wish to minimise contact with others? If we can operate drive-through covid-19 testing facilities, we can surely adapt the concept for democracy.

The Electoral Commission is politically neutral and has had rates of positive feedback about the conduct of past elections that would be the envy of most corporates – or indeed governments.

We should have confidence in the commission and the process. The show must go on!