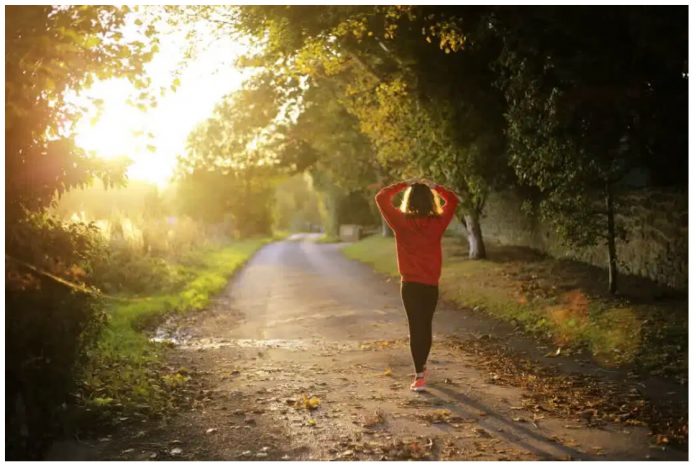 Review Of The Benefits Of Vitamin D And Recommendations

Both the scientific evidence for and the awareness of vitamin D‘s importance for optimal health are mounting. Originally, researchers considered vitamin D important only for preventing rickets and other bone diseases. Now, however, they recognize that vitamin D affects more than just the skeleton.

The skin naturally produces vitamin D3 (cholecalciferol) because ultraviolet-B (UVB) radiation acts on 7-dehydrocholesterol, after which a thermal reaction occurs. (Vitamin D also can be obtained from some foods and through taking supplements.) That vitamin D travels through the bloodstream to the liver, where it receives a hydroxyl (•OH) radical and becomes 25-dihydroxyvitamin D (calcidiol). The level of calcidiol measured in blood is one’s “vitamin D level.”

Calcidiol then circulates in the blood and can be converted to 1,25-dihydroxyvitamin D (calcitriol), the active metabolite of vitamin D. Calcitriol helps regulate how much calcium the intestines absorb and the calcium concentration in the blood. Calcitriol acts as a key that can unlock vitamin D receptors (VDRs),which nearly every cell in the body has. VDRs are attached to chromosomes and, when activated, can affect the expression of hundreds of genes–making some more responsive and others less responsive. Other organs that need calcitriol can also produce it from calcidiol.

Other disease risk-modifying factors also are included in such analyses. Such studies have helped to identify cancers for which UVB exposure and vitamin D reduce risk [Moukayed, 2013]. Temporal ecological studies also can be used. John Cannell proposed that the risk of influenza is highest in winter because of the lower solar UVB doses during that season [Cannell, 2006].

Ecological studies are often the first type of study to identify a beneficial effect of vitamin D. In general, observational and mechanism studies and clinical trials later support those findings [Grant, 2016]. Observational studies look at health outcomes with respect to vitamin D levels or sometimes UVB exposure history. Case-control studies use vitamin D levels measured when patients are diagnosed with a disease, such as breast cancer [Grant, 2015].

In prospective studies, researchers draw blood when participants enroll in a study and then look for changes in health over several years. Through laboratory investigations, scientists can determine how vitamin D reduces risk of adverse health outcomes. Although all those approaches are valid, our health care systems are designed around using pharmaceutical drugs, which require randomized controlled trials (RCTs) to show effectiveness and lack of harm.

Unfortunately, many vitamin D RCTs have been poorly designed because they were based on the guidelines appropriate for drug trials. Such trials incorporate the assumption that the RCT is the only source of the agent in question and that a linear dose-response relation exists. They should be based on vitamin D levels [Heaney, 2014] as shown in a recent paper from a vitamin D RCT with pregnant women and preterm birth [Wagner, 2016]. Thus, for now, the other types of studies generally offer the best evidence for the benefits of UVB exposure and vitamin D.

Cancer cells survive by exploiting cellular differentiation; proliferation; and apoptosis, angiogenesis, and metastasis. UVB exposure and vitamin D reduce the risk of about 15-20 endothelial cancers [Moukayed, 2013]. The evidence is strongest for colorectal and breast cancer [Grant, 2015]. The risk reduces rapidly when the vitamin D level increases up to 20 ng/mL (50 nmol/L) and then more slowly to above 40 ng/mL.

From the evidence to date, it seems reasonable to use vitamin D supplements and sensible solar UVB exposure to reduce the risk of, and treat, cancer [Grant, 2016].

Hill’s criteria include strength of association, consistent findings in different populations, plausibility, and experiment [Hill, 1965]. However, clinical trials (RCTs) do not find that vitamin D supplementation reduces the risk of cardiovascular disease [Veloudi, 2016]. Thus, if the RCTs are correct, vitamin D levels may be associated with reduced risk of cardiovascular disease due to lower solar UVB exposure or elevated risk in winter when it is colder.

In reducing the risk of influenza, vitamin D is probably at least as effective as vaccines. Vitamin D also can reduce tooth decay [Hujoel, 2012].

UVB exposure and vitamin D reduce both the risk and the symptoms of several autoimmune diseases. For multiple sclerosis, UVB exposure seems to have both effects from vitamin D production and from other, unknown mechanisms [DeLuca, 2016].

The main question of vitamin D’s effects is whether higher levels are associated with lower mortality rates. One meta-analysis analyzed 32 prospective studies of both healthy and diseased individuals finding reduced mortality rates up to 36 ng/mL [Garland, 2014]. A recent study from Sweden found that people with the highest sun exposure had a life expectancy 0.6-2.1 years longer than that of sun avoiders [Lindqvist, 2016].

My earlier analysis of the benefits of increasing vitamin D levels in the population from 22 ng/mL (the average value in many countries) to 44 ng/mL would reduce mortality rates by about 15 percent and increase life expectancy by about 2 years.

Having high vitamin D levels during pregnancy and lactation is important for both mother and offspring. Genes control much of what happens during fetal development, and because vitamin D controls gene expression, having the optimal concentration is important. In a clinical trial in South Carolina, pregnant and nursing women needed 4000-6000 IU of vitamin D3per day to reach calcidiol levels of 40 ng/mL,at which calcitriol levels plateau [Hollis, 2011].

Other Effects Of Vitamin D:

There are many effects attributed to vitamin D. For both the ones discussed here and additional ones, you may search the sources of information listed later.

Thus, they were placed in the wrong vitamin D category [Grant, 2016].

Because solar UVB exposure is the most important source of vitamin D for most people, examining the controversy surrounding UV exposure is worthwhile. Perhaps the best evidence that humans were meant to obtain vitamin D from solar UVB exposure is that skin pigmentation varies depending on where people have lived for many generations. Dark skin pigmentation, for example, protects against skin cancer and folate destruction but permits enough UVB to penetrate to generate vitamin D in the tropical plains.

Light skin pigmentation, by contrast, is required at higher latitudes because of lower UVB doses there [Grant, 2016]. The time required to produce enough vitamin D depends on several factors such as the solar elevation angle, which varies during the day and with season [Engelsen, 2010];the amount of skin area exposed; and age (as people age, the skin makes less vitamin D). Although concern exists about the risk of skin cancer and melanoma from sun exposure, keep some facts in mind.

First, the time people spend in the sun has decreased significantly during the past 70 years because of shifting work to largely indoor occupations. Melanoma incidence rates have risen dramatically during that period, but mortality rates have stayed nearly constant. Thus, much of the “increased” diagnosis of melanoma is probably due to nonlethal melanomas. Second, the risk of death from skin cancer and melanoma is much lower than that from internal cancers (3 percent vs. 97 percent), and sun exposure confers many other benefits.

Determined largely from observational studies, the optimal vitamin D level is above 30 ng/mL [Holick, 2011; Pludowski, 2012], but 40 ng/mL is even better [Garland, 2014; Lappe, 2016; McDonnell, 2016]. The Institute of Medicine recommended 20 ng/mL and daily supplementation with 600-800 IU of vitamin D3. Those values are based primarily on clinical studies related to bone health and a deeply flawed analysis of data from Germany on bone condition with respect to vitamin D level [Heaney, 2011].

The U.S. Food and Drug Administration, the National Institutes of Health, and Health Canada sponsored that review. Although uncertainty regarding vitamin D’s beneficial and harmful effects certainly exists, nearly all the evidence supports beneficial effects. The fact that existing health systems require RCTs before accepting vitamin D is a very high bar that I believe is set to protect the status quo.

As German philosopher Arthur Schopenhauer said, “All truth passes through three stages. First, it is ridiculed. Second, it is violently opposed. Third, it is accepted as being self-evident.” Vitamin D is now in the middle of the second stage. Think of vitamin D as inexpensive health and life insurance. A year’s supply can cost $10-$20. A look back at changes in public health policies indicates that beneficial changes happen slowly.

For example, going from understanding how to prevent scurvy to carrying citrus fruits aboard ships took about a century. And doctors took decades to start washing their hands between autopsies and examinations of pregnant women after Semmelweis showed that doing so reduced deaths.

Sources Of Information On Vitamin D:

The standard sources of the peer-reviewed journal literature on vitamin D are the National Library of Medicine’s PubMed database (https://www.ncbi.nlm.nih.gov/pubmed/) and Google Scholar (https://scholar.google.com/). Publications can be searched by topic, title, or author. The full text is often available for free, especially from Google Scholar or by e-mailing the authors. In addition, several vitamin D organizations stay abreast of and often update the benefits of UVB exposure and vitamin D. The first two also offer blood spot tests of vitamin D level at a nominal cost of about $60. They recommend measuring your vitamin D level prior to starting to supplement, then again after a few months of supplementation. There is considerable variation in the response to both UVB exposure and oral vitamin D.

For evidence-based research on the benefits of vitamin D, visit the GreenMedInfo.com Research Dashboard.

How Fast Is That?

China & Rare Earth Metals China once played an insignificant role in the global rare earth elements industry. However, through the country’s recognition of the...
Read more