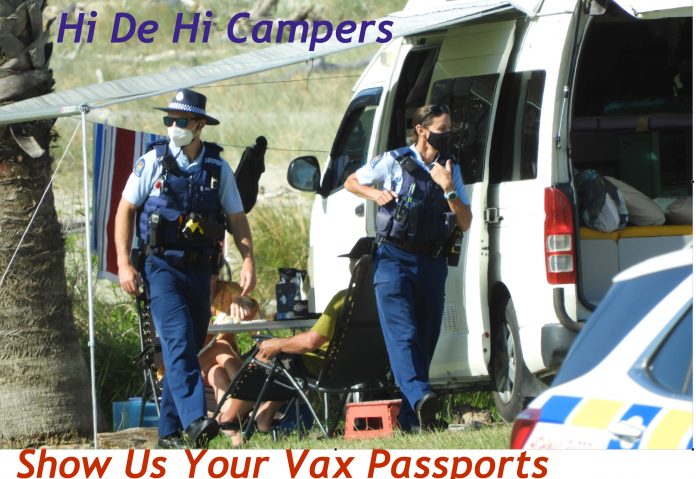 Have just witnessed two fully kitted-up cops, going tent-site to tent-site, asking law-abiding NZ families to show them the vaccine passes that gives them a privilege above unvaxxed New Zealanders to camp at the beach.

A disgusting sight that I thought needed to be recorded. By the time I wandered back with the camera, the two cops were making their way to their patrol car that was parked further along the beach.

Spending a night in a tent, several hundred meters from the next group of humans, breathing fresh air brought in by a continuous daily cycle of onshore-offshore breezes and sucking up all that vitamin D, is a public health concern and is verboten for those who have the temerity to defy Dear Leader’s wishes.