You Stupid Boy
Home Space Beware of the future

Beware of the future 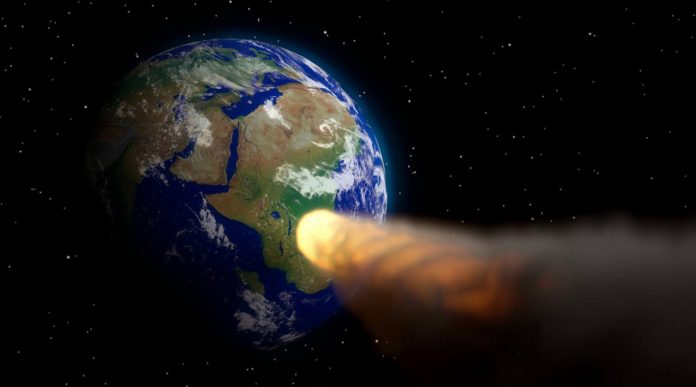 2021 to Kick Off With Massive Asteroid Coming Close to Earth, Warns NASA

NASA is warning that 2021 begins with a mammoth asteroid that is currently hurtling toward Earth.

While people across the globe are bidding adieu to 2020 in hopes that the new year will bring prosperity, health, and good fortune after a bruising year, NASA is warning that 2021 will begin with a mammoth asteroid that is currently hurtling toward Earth.

Another asteroid will approach our planet on Saturday. The asteroid, which has been named by NASA’s Center for Near-Earth Object Studies (CNEOS) as 2019 YB4, has an estimated diameter of roughly 26 meters, which is more than large enough to create a major blast in our skies if it strikes the Earth. It is currently en route in our direction at speeds of about 14,000 miles (22,530 km) per hour.

2019 YB4 is an Apollo asteroid, which means that it follows a very broad orbit within our solar system. The asteroid will only intersect Earth’s orbit twice as it makes its way around the sun, and its next intersection is expected on Jan. 4 at about 5:33 am EST, when it will fly by from a safe distance of 4 million miles (6.4 million km).

Fortunately, this means that at least in terms of the threat from outer space our planet managed to luck out in 2020.

As NASA’s Center for Near Earth Object Studies explains, comets and asteroids – or near-Earth Objects (NEOs) – were nudged by the gravitational attraction of nearby planets into an orbit that allowed them to enter the “neighborhood” of our own planet Earth.

Made from water ice and embedded particles of dust, comets were originally formed in the cold outer planetary system while rocky asteroids formed in the warm, inner solar system lying between the orbits of Jupiter and Mars.

Scientists are extremely compelled by these chunks of rock and ice because they are the relatively unchanged remains left behind when the solar system formed about 4.6 billion years ago.