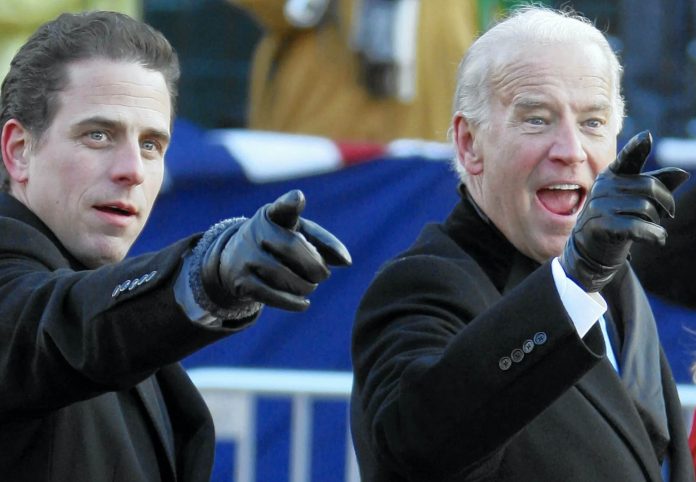 John Paul Mac Isaac, the Delaware computer repair man who had Hunter Biden’s abandoned laptop before handing it over to the FBI and Rudy Giuliana, has said the New York Post bombshell yesterday hardly scratched the surface of what is on the hard rive, and suggested there is far more to come, including illegal content. 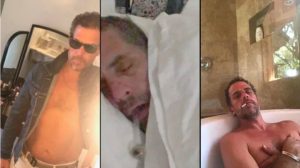 Isaac also hinted at an FBI coverup and said he is living in fear for his life.

After the New York Post published shocking revelations that Hunter Biden leveraged Joe Biden’s position and influence to make money in Ukraine and a series of photos showing Hunter apparently in the throes of a drug binge, the computer shop owner who transferred the data to both the FBI and Rudy Giuliani spoke to the media in a nearly hour-long audio interview.

NationalFile report: John Paul Mac Isaac, the owner of a Mac computer repair store in Delaware who came into possession of an abandoned laptop previously owned by Hunter, spoke to the media for nearly an hour, and suggested there is far more content than what the Post published, including illegal content, and said that he fears for his life because of the content on the hard drive.

Isaac also hinted that the FBI is covering up the contents on the laptop as a political favor to the Biden family, and claimed that the FBI warned him not to go public with the information in his possession.

He went on to suggest that there is much more than what has currently been published in what may have been a vague hint that he has a dead man’s switch in the event something happens to him.

“I’m afraid of someone wanting to make sure that I don’t extort them for money, or that I don’t do things with their computer. They silence people. So I was afraid,” said Isaac at one point. “I just wanted it out of my shop.”

When pressed, Isaac explained that he feared “The things people will go through in this political climate,” apparently citing the last several months of civil unrest and political violence in the United States. He also claimed that “people that work for” Joe Biden are putting his life in danger.

When asked whether he spoke first to the FBI or to Giuliani about the computer and its contents, he told reporters that he first gave the information to the FBI because he “trusted them,” and it was the first time he ever received a subpoena. Isaac also confirmed he has not spoke to the FBI in the last month.

The media repeatedly asked if he approached Giuliani or his lawyer with the information, or if he was approached first, which Isaac refused to acknowledge. At one point, after repeatedly refusing to answer the same question, Isaac became exasperated with the media.

“Do you guys do this to every day people all the time,” asked Isaac. “”I don’t know if I should talk anymore.”

When pressed on what type of trouble he could create, he again brought up his frustration with the mainstream media, saying “There’s like a million press people that have been beating the hell out of me today.”

When the media told him that his refusal to answer questions about the timeline of how he came into contact with Giuliani would result in their readers questioning his integrity, he again lambasted the media.

“I’m probably not going to have any integrity by the time you guys are done anyway. I’m pretty much at the point where I don’t care what people think– I am not a political operative. I am just a guy that had something that I wanted out of this shop.”

When asked why he was willing to work with Giuliani, he explained “When you’re afraid and you don’t know anything about the waters that you’re in you kind of, you want to find a lifeguard.”

At one point, Isaac claimed the FBI agents he spoke to suggested he should not discuss the contents of Hunter’s laptop publicly.

“They told me that nothing ever happens to people who don’t talk, the FBI, and that made me scared, because that’s not something I would expect the highest branch of,” said Isaac, before apparently realizing the magnitude of his statement. “Don’t, don’t — It was more along the lines of, in our experiences when stuff like this happens nothing ever bad happens to people that keep quiet,” he added.

One reporter then stated that Isaac was alleging an FBI coverup. At this point, the audio is muddled by reporters speaking over each other, but it appears Isaac said “Yeah that’s how I feel about it kind of. Well sh*t. No comment–It’s too late.”

He went on to say that he does not want to speak to the FBI after these revelations because he expects “they’re probably not going to be thrilled to talk to me.”

Isaac repeatedly states that he went to the FBI because he thought it was the right thing to do given the magnitude of the material in his possession. “I thought I was following the chain of command,” he insisted. When asked why he did not simply throw the laptop away, he replied that it “didn’t seem like the right thing to do.”

When asked whether a third copy of the materials exist, other than the copy in possession of the FBI and the copy in possession of Giuliani and at least partially by the Post, Isaac said that he created a third copy and gave it to a trusted friend as a safety precaution “for fear that if something bad happened to me, I gave the drive to somebody who would hopefully leverage it.” He went on to state that this third copy no longer exists.

As the interview went on, and Isaac was finally asked for his feelings about Giuliani giving the story to the Post, Isaac said he had no emotions and said it was preferable to an assassination, making references to the deaths of Seth Rich, a DNC employee who some believed had a role in the leak or hack of the DNC email servers, and Jeffrey Epstein, the billionaire pedophile hedge fund manager who partied with British royals, the Clinton family, and Bill Gates, among others.

“I have no opinion on the matter. I mean, I prefer this outcome as opposed to getting shot jogging in the morning,” said Isaac, earning the scorn of a reporter who insisted the “conspiracy” that Rich’s murder had anything to do with the leaked or hacked emails was “debunked.”

“I was just giving you an example,” said Isaac. “Epstein didn’t really kill himself, this guy [Seth Rich] got shot jogging.”