BIG TECH VS THE PRESIDENT 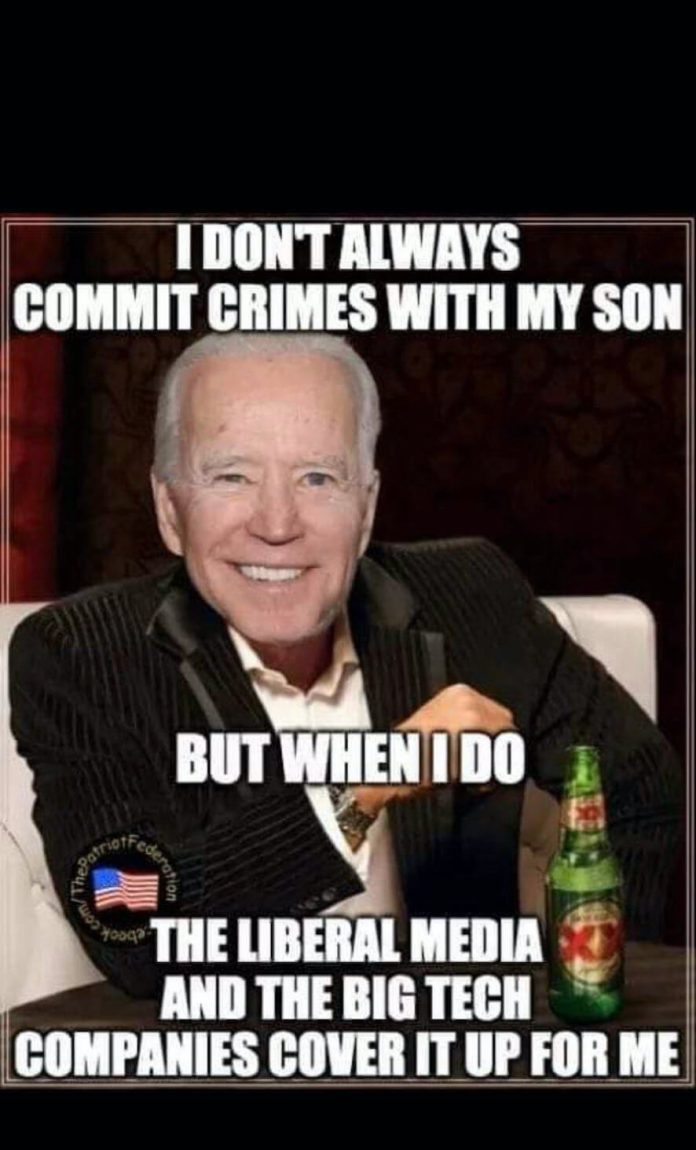 BIG TECH VS THE PRESIDENT

Joe Biden used his addict son to feed his greed. It takes a sick bastard to pull that off.

How astonishing is it that a presidential candidate’s son has photographs of him smoking crack with a hooker all over the Internet, disseminated by China, his benefactor, and it doesn’t trend on Twitter?

James Woods:
So as the stench of the Bidens’ astonishing behavior permeates the Internet, with diaries and videos and crack pipes and dangerous criminal allegations, I’m thinking Jeffrey Epstein really didn’t kill himself.
The New York Post reports that following the mass censorship of the Post’s latest report on Joe Biden and his alleged involvement in his son Hunter Biden’s business dealings with the Ukrainian energy firm Burisma, a Facebook insider told the Post that many at the company are “ashamed” at Facebook’s blatant censorship.

A recent study by the social media engagement tracking firm Newswhip found that the New York Post’s recent bombshell story on Joe Biden, Hunter Biden, and their alleged deal with Burisma had its reach cut in half by Facebook compared to anti-Trump stories from other publications. This stands in stark contrast to Twitter’s efforts to censor the story, which actually doubled the attention it received according to the MIT Technology Review.

The Facebook insider provided the Post with records from conversations between Facebook employees on the anonymous social network Blind where workers at major Silicon Valley firms discuss their workplaces.

One user wrote on Blind: “[Facebook] employees want Trump to lose. If that means rigging [the platform] against him, they don’t care.” The post received 29 “likes” from other employees.

Another user stated: “I was shocked that Facebook did this. We kinda called [brought] this on ourselves. So much for ‘we are not the arbiters of truth.’ ” The post received 15 “likes.”

“Imagine if we censored some leaked Trump stuff. It would be the #1 upvoted question tomorrow for Mark [Zuckerberg company-wide]’s Q&A,” wrote another user. Another simply commented: “Yeah this one is unconscionable. I’m ashamed.”

Previous articleHave Your Say
Next articleFirst sale on internet?