You Stupid Boy
Home US Politics Big Tech will be pissed

Big Tech will be pissed 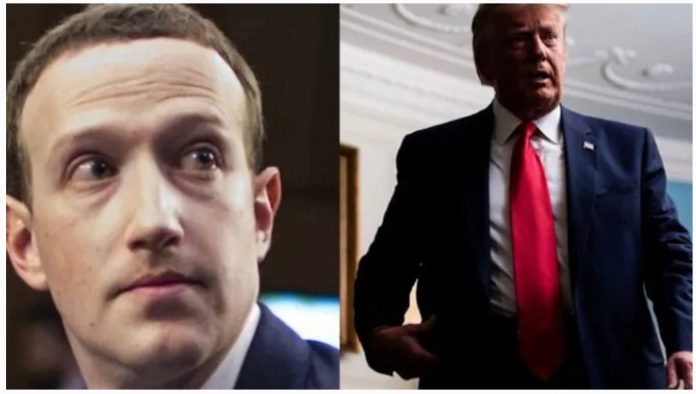 POTUS Drops the Hammer on Big Tech: ‘It’s Over’

POTUS revealed late Tuesday that he will veto the National Defense Authorization Act unless Congress repeals Section 230 of the 1996 Communications Decency Act.

In a series of strongly worded tweets, the President called section 230 “very dangerous & unfair” and “a serious threat to our National Security & Election Integrity.”

Summit.news reports: Section 230 refers to the part of the 1996 Communications Decency Act, which is being used by big tech as a way of washing their hands of any liability concerning content posted on their platforms, and to defend censorship of the content.

Critics have charged that Twitter, Facebook and Google should no longer be protected as ‘neutral’ platforms, given that they are acting as publishers.

In October, the Department of Justice sent a letter to Congress pushing for modifications to the 25-year-old law.

“Today’s large online platforms hold tremendous power over the information and views available to the American people. It is therefore critical that they be honest and transparent with users about how they use that power,” the letter stated.

During a conversation with Dr. Fauci this week, Zuckerberg said: “There’ll be a few important things that we can do together. We’re already planning a push around authoritative information about the vaccines.” 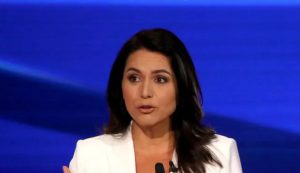 Gabbard voiced her support for President Trump on Twitter. “Please don’t back down. The freedom and future of our country is at stake,” she said in response to his demand to repeal Section 230.

Gabbard’s breaking of the ranks stirred anger and prompted predictions that she would be “canceled” again.

When she was running in the Democratic presidential primaries, Gabbard was widely smeared by the party establishment and their friendly media as a “Russian asset” and a secret Republican. Hillary Clinton infamously predicted that the Hawaiian representative would run as an independent to hurt whichever Democrat was eventually nominated, which never happened.

Gabbard eventually endorsed Biden’s candidacy rather than that of Bernie Sanders, whom she backed in 2016, even leaving her position in the Democratic National Committee to do so. Her endorsement of Biden offered a brief moment of an ‘all is forgiven now’ attitude from the center, while her supporters could only mockingly remark that Gabbard won more delegate votes during the primary than Kamala Harris, Biden’s running mate.

Gabbard consistently rejects the partisanship divide that many other US politicians currently accept as a fact of life. Just a few days ago, she voiced her support for a Supreme Court decision that temporarily suspended Covid-19 restrictions placed on religious institutions in New York. The prevailing Left narrative is that the ruling proves that the top US judiciary body has been hijacked by Trump-appointed religious zealots, who value faith more than human lives.

Previous articleWhistleblower tells all
Next articleHave Your Say