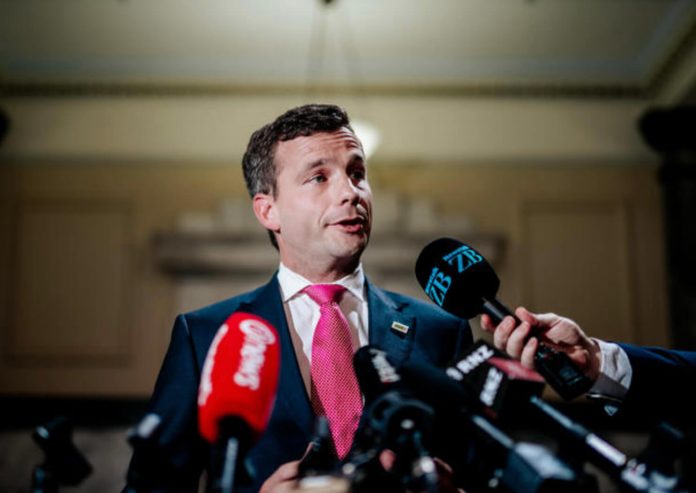 The ACT Party says the government’s being asked to “ban and ban and tax its way out of climate change” by the Climate Commission.

Leader David Seymour said the recommendations are to ban vehicles with internal combustion engines and new gas connections, to reduce herd sizes and increase taxes through the feebate scheme.

He said the report should be binned and instead New Zealand should set a cap to reduce emissions in line with its partners, and “let New Zealanders choose how they live, travel, and work within that cap”.

Seymour said that if the rest of the world wanted to decarbonise, New Zealand should track them.

“It is dangerous for a small trading nation to get out of sync with its trading partners for reasons of diplomacy, trade, and consumer preferences.

“It would be foolish for New Zealand to ‘lead’ the world. Whether we like it or not we are a passenger on this journey, our emissions alone will not change the climate,” he says.

In place of the Zero Carbon Act, ACT would introduce a plan tying New Zealand’s carbon price to the prices paid by its top five trading partners, he said.

Climate Change Minister James Shaw told Midday Report the Commission’s report was a call for the government to create more options for people to change habits and take advantage of practical alternatives to carbon-emitting ways of doing things.

Shaw said the government needed to facilitate the necessary transition by planning for alternative modes of living.

He said if the Commission report recommendations were implemented it would not only see a greater proportion of electric cars on the road, it would also be easier to get around towns and cities on public transport and other means of transport.

“What the Commission has said is that we really need to lift our game as a country, mostly in our big cities where greatest concentrations of transport exist. In those places there is a really strong call for … urban design, not just laying out our streets, but actually making sure people are able to live close to work and they’ve got shopping and entertainment and other things that are more accessable than they are at the moment…

“But I think what the Commissioner is saying is we need to pull all of the levers that are available to us.”

The Commission wants to see all petrol vehicle imports banned by 2035 and Shaw said there was good reason for doing so, especially because other countries were planning to ban these too.

“One of the risks New Zealand faces is that, if we don’t match them, then we will become a dumping ground for everybody’s dirty, second-hand internal-combustion-engine vehicles.”

He said Finance Minister Grant Robertson’s allocation of $300 million in the Budget towards incentivising the uptake of electric vehicles, and the biofuels mandate to power those internal combustion vehicles still on the roads after 2035, would help that transition away from fossil fuels and continued carbon pollution.

He said the Commissioner wanted the government to make better travel options available to people.

Shaw said he also expected farmers to play their part in creating a changed environment and that there was evidence they were taking ownership of that role themselves.

“That was a really strong call from the sector – that they wanted farmers to be able to directly control what happens on their farm. And so generally speaking, with some exceptions, I think the sector is broadly on board … that direction.”

Shaw said the problem and the solution was systemic, as there were prohibitive factors influencing people’s behaviours. Making electric cars more affordable and creating alternative means of getting around without a private vehicle created an environment where people could make practical, realistic choices other than the narrow ones being made now.

“I think it’s important not to say that it’s all on individual behaviour because it isn’t. They need to have options open to them to do the thing that they want to do.”

Some of the Climate Change Commission final report’s recommendations: