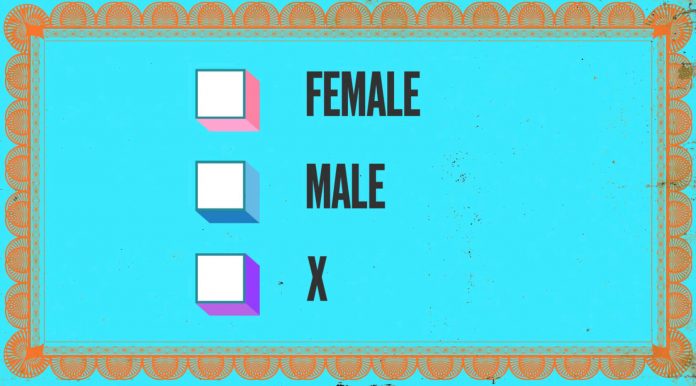 Why Birth Certificates Are Violence

The liberal media establishment consists of moonbats indoctrinated in postmodernism. They believe that objective reality is irrelevant; all that matters is pushing a narrative that champions groups the elite has designated as “oppressed.” Prominent among those privileged groups are transsexuals. That’s why we can read a jaw-dropper like the following, not in an opinion piece, but in an actual CNN news story:

It’s not possible to know a person’s gender identity at birth, and there is no consensus criteria for assigning sex at birth.

Actually, sex can be determined before birth. DNA determines sex. So do genitalia. This isn’t advanced biology. Little kids understand it.

Yet again we see that the gaslighting propagandists who run the media will look you straight in the face and tell you the most brazen lies imaginable on behalf of their warped agenda.

This time, however, they were forced to step back slightly. The extract above is taken from Breitbart, which quoted the CNN piece before it could be retroactively altered. Breitbart provided the following commentary:

In the face of ridicule, even the mighty mainstream media sometimes backs down — a little. At CNN, the paragraph has been altered to read like this:

It’s not possible to know a person’s gender identity at birth, and for some people, the sex listed on their original birth certificate is a misleading way of describing the body they have.

This is still absurd, but not quite such a bald-faced lie, since it is unclear what they mean by “misleading.” CNN muddies it up with the sort of duckspeak you might hear in a Queer Studies seminar at some overpriced university:

While sex is a category that refers broadly to physiology, a person’s gender is an innate sense of identity. The factors that go into determining the sex listed on a person’s birth certificate may include anatomy, genetics and hormones, and there is broad natural variation in each of these categories. For this reason, the language of “biological sex,” as used in this legislation, can be overly simplistic and misleading.

Biological sex is not as real as woke ideology, quacks the Party of Science.

As for the “broad natural variation” crap, we all know that only the strangest of teratisms would result in doctors being unable to determine the sex of a baby.

The CNN propagandists continue to flail helplessly, so why not throw them a lifeline? An abstract from Australian Feminist Law Journal might help:

Registering a newborn’s gender/sex on the birth certificate is usually seen as a mere formality that reflects a natural state of affairs. This article, however, shows that the registration of gender/sex does something else than record naturally given sex differences in bodies; it actually produces and shapes bodies to develop in a way conformant with understandings of sexual dimorphism. Sexed bodies are therefore not pre-discursive and static objects, but they are constantly in the process of becoming, influenced by socio-legal procedures, including gender/sex registration. By analysing the effects of registering the legal gender/sex on birth certificates and the change of gender markers thereof in various jurisdictions, in particular Australian states and territories, the article aims to show how bodies of intersex as well as endosex cis and trans persons are made into what they are expected to be: sexually dimorphic. It concludes that legally assigning a gender/sex has intrinsically violent effects on bodies, something that could be avoided by eliminating the public registration of gender/sex.

Previous articleHave Your Say
Next articleWill Cindy Agree With This?

Pew: Over Half of Liberal White Women Mentally Ill Dave Blount It took a while, but the results of a Pew Research Center study released a...
Read more
Leftie Stupidity