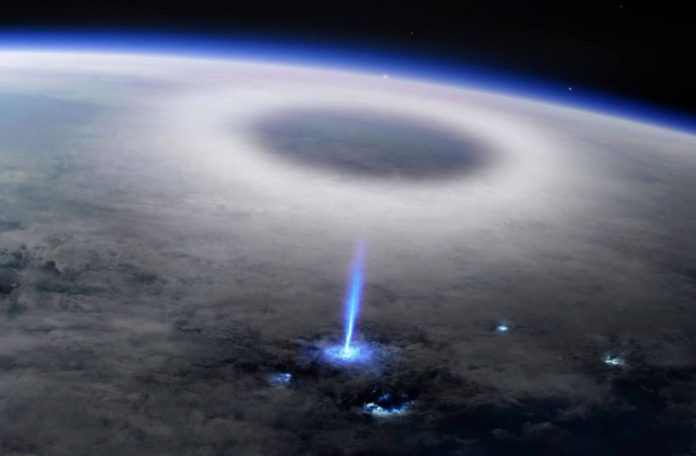 Have you ever seen a blue lightning shooting upward from thunderclouds? Now watch this

Such Blue jets are difficult to spot from the ground, since the electrical discharges erupt from the tops of thunderclouds. But what about from space?

In a new scientific release, scientists discuss such a transient luminous event that occurred on February 26, 2019 near Nauru, a small island in the central Pacific Ocean. And the images are bombastic:

The above artist impression features a lightning in clouds seen from space followed by a blue flash that lasts 10 micro seconds, a blue jet lasting 400 milliseconds and an elve generated by the blue flash that lasts for 30 microseconds. And all of that was captured from the ISS (International Space Station). Pretty impressive, no?

But how much do we really know about this weather phenomenon? As it turns out, there are a lot of things left to discover. Things like blue jets, elves and red sprites. Bizarre-sounding things. Things that are very difficult to observe from the surface of the Earth.

And things like the European Atmosphere-Space Interactions Monitor (ASIM) observatory, a collection of optical cameras, photometers and an X- and gamma-ray detector) on the International Space Station is helping scientists find answers, looking down on Earth’s weather from the ISS 400 km above.

ASIM is designed to look for electrical discharges originating in stormy weather conditions that extend above thunderstorms into the upper atmosphere.

What is a blue jet? A blue jet is a form of lightning that shoots upwards from thunderstorm clouds. They can reach as far 50 km into the stratosphere and last less than a second. 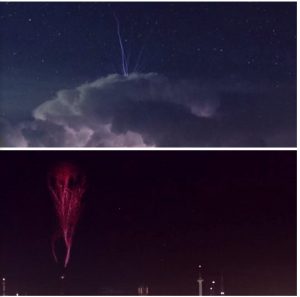 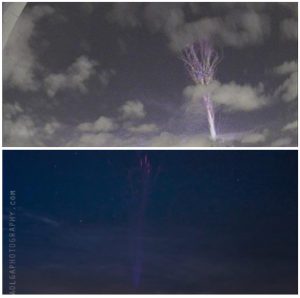