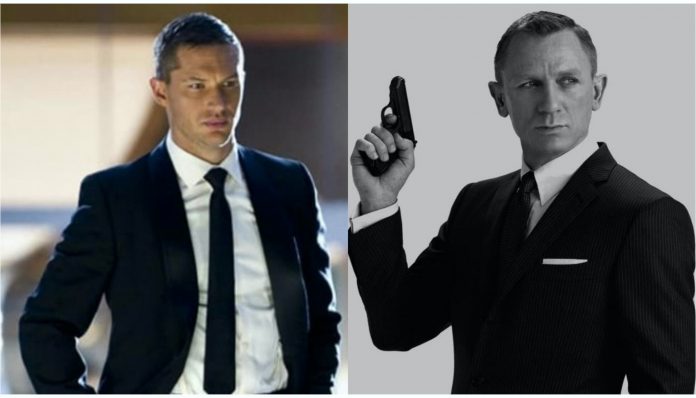 Tom Hardy has reportedly been cast as the next James Bond.

The 43-year-old actor has long been considered a virtual lock for the role by producers and was apparently offered the role since he auditioned back in June, according to press reports from the U.K.

If confirmed, Hardy will become the next Agent 007 after Daniel Craig’s fifth and final film in the long-running franchise, No Time to Die.

Hardy is already known for portraying funny, charismatic, intimidating characters known for their physicality, although his ruggedness does clash with the suave and aristocratic style of the Bond archetype.

An official announcement confirming that Hardy would play the role of the iconic secret agent was due to come in November, shortly after the newest film’s release.

However, the film’s Nov. 12 release date is being delayed due to the ongoing global health emergency. The film was originally slated to be released in April, but the pandemic disrupted those plans while also rocking the entire film industry.

In a 2018 interview with the Daily Mail, actor Pierce Brosnan – who portrayed Bond between 1994 and 2005 – endorsed Hardy as an actor who could properly fill the British spy’s shoes.

“Daniel Craig has been an incredible Bond. He’s very physical, he looks lethal. You genuinely believe this is someone who could kill a man,” he said.

“He’s complained about doing the part because he’s put himself through a lot physically, but he will do the next movie, and then I think Tom Hardy could be a good Bond,” he added.

“I’d be happy to see him do it. You need an actor who can put a bit of wiggle into it, that’s what makes Bond.”

Tom Hardy’s adult life began with a rough start, with the British actor already having grappled with juvenile delinquency as a teen as well as ongoing substance abuse issues. However, his acting career began with bit roles in military television series before he entered the world of British historical dramas. His breakthrough role in the 2008 drama Bronson provided an entry point into roles in such blockbuster Hollywood films as Inception (2010), The Dark Knight Rises (2012), Mad Max: Fury Road (2015), and The Revenant (2015).

Speculation about who would don 007’s famous tuxedo after Craig has been the subject of heated debate in recent years, with other fan favorites including Idris Elba, Tom Hiddleston, and Richard Madden.

Last year, reports that Black British actress Lashana Lynch would have a starring role in No Time to Die also stirred up rumors that Bond’s secret agent number would be taken, for the first time, by a woman. However, the idea was mooted early this year when Bond series producer Barbara Broccoli told Variety: “He can be of any color, but he is male.”

In the newest film, 007 has left active service to go enjoy a life of tranquility in Jamaica.

This newfound peace comes to a screeching halt when his old pal Felix Leither from the CIA comes asking for his help.

Previous articleHave Your Say
Next articleCancel culture. What is it?