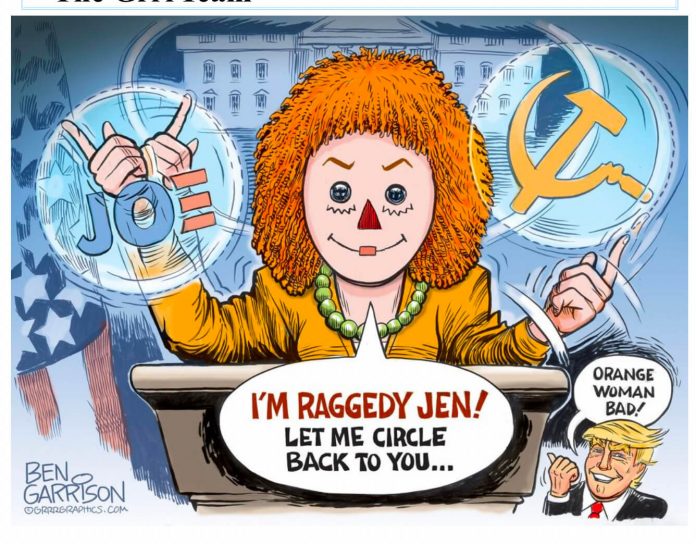 Leftie StupidityUS Politics
Share
Facebook
Twitter
Pinterest
WhatsApp
Circle Back Circle Jerk…Jen Psaki is a career political hack. She worked as deputy press secretary in the Obama administration. Once Trump was elected she spewed propaganda on CNN.
Psaki also mocked the “Space Force” and made a homophobic tweet about Lindsey Graham. So much for Unity.
Psaki is a talking doll. Others pull her string and she then babbles proscribed and scripted lies. Jen makes a good face for the leftist media. She’s a socialist sycophant relaying talking points to other socialist sycophants. There is no journalism involved. It’s just one big circle jerk.
Orange Woman bad!
Previous articleCindy’s Hydrogen Industry
Next articlePsychological Weapons to Bring America to Her Knees