You Stupid Boy
Home US Politics Bring It on. 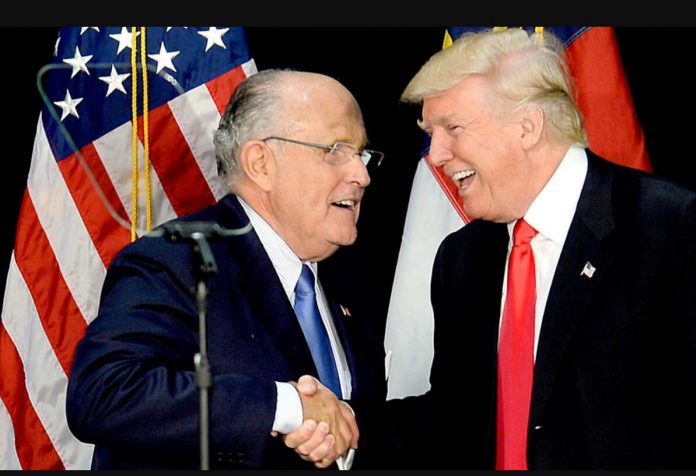 Trump and Giuliani sued by Democratic congressman over Capitol riot

Donald Trump and Rudy Giuliani, the former president’s personal lawyer, have been accused of conspiring to incite the violent riot at the US Capitol, in a legal action filed under a historic law known as the Ku Klux Klan Act. Trump remains 2024 candidate of choice for most Republicans, poll shows Read more

The lawsuit was brought on Tuesday by the Democratic congressman Bennie Thompson of Mississippi and the eminent civil rights organisation the National Association for the Advancement of Colored People (NAACP).

It comes three days after Trump was acquitted by the US Senate on a charge of inciting the 6 January insurrection, only for the minority leader, Mitch McConnell, who voted to acquit, to point out that presidents are “not immune” to being held accountable by criminal or civil litigation.

The suit alleges that Trump, Giuliani and the extremist groups the Proud Boys and Oath Keepers conspired to incite the attack on the Capitol with the goal of preventing Congress from certifying Joe Biden’s win in the presidential election.

It argues that they therefore violated a law often referred to as the Ku Klux Klan Act, passed in 1871 in response to Klan violence and intimidation preventing members of Congress in the Reconstruction south from carrying out their constitutional duties. The NAACP, founded in 1909, says the statute was designed to protect against conspiracies.

Thompson’s suit, which will probably be thrown out of court by a laughing judge, actually could backfire against the Congressional Black Caucus/ himself, and BLM because it would make Kamala Harris and Maxine Waters susceptible to a similar lawsuit over their cries and orders to their followers to “surround, get in their face, etc. and “fight” comments re conservative politicians and citizens.

Time to take the legal fight to these black Marxists and racist fools. They go “legal”, we go “double-down legal on their asses”.

Sue the DNC, anti fa and Burn Loot Murder for all the violence and mayhem they perpetrated against the citizens of Portland, Seattle, Minneapolis, Chicago, St. Louis, DC…

It can be a class action, including multiple wrongful death claims, destruction of property, personal injury, assault…

Previous articleNot For Me, But For Thee
Next articleHave Your Say