You Stupid Boy
Home World News Buckle Up Folks, It's Going To Get Bumpy

Buckle Up Folks, It’s Going To Get Bumpy 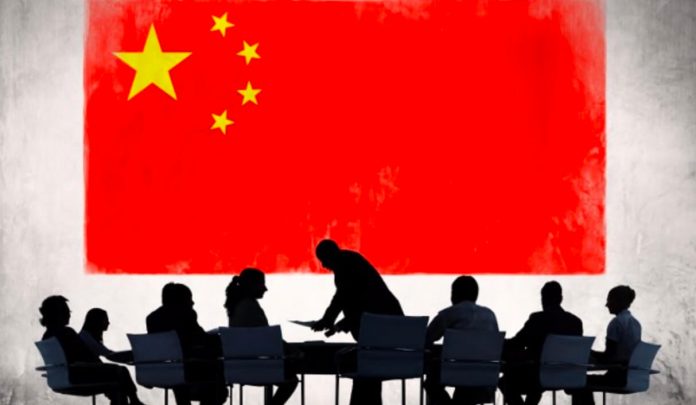 1. China over built real estate at levels worse than the US in 2008.

Politicians would have you believe that the 2008 financial meltdown was related to the more recent actions of one party or the other, but the roots of the 2008 housing market crisis really began in the 1930s with the creation of the Federal Housing Administration (FHA), which guaranteed banks’ mortgage risks and the Federal National Mortgage Association (FNMA), which effectively insured mortgages by purchasing mortgages from lenders. Both shifted risks from the lenders to the US taxpayers. Then in 1977, the Community Reinvestment Act (CRA) was signed into law by President Jimmy Carter. This law was designed to promote home ownership for minorities by prohibiting banks from refusing mortgages in poor areas due to the loan’s high risk. In addition, mortgage lenders were required under the 1975 Home Mortgage Disclosure Act (HMDA) to provide data about who they lent to. Then in 1991, HMDA rules were tightened and included specific demands for racial equality in the institution’s lending.

Credit-worthiness was no longer relevant in the US and the volume of subprime loans exploded. The government had inserted itself in the mortgage business. Like most government initiatives, their plans were doomed. Americans lacking the ability to pay for mortgages were provided mortgages at teaser rates that when fully adjusted would never be paid. This ultimately climaxed in 2008 with the subprime crisis that sent shock waves around the world and put financial markets in a tailspin.

China’s actions somewhat mirrored those in the US in 2008. As China grew, it invested in its infrastructure and in addition, it invested in large housing projects throughout the country. These efforts helped bolster China’s already fast growing economy.

The problem is that China over invested in these random properties all over China and these properties today remain empty.

2. Related to real estate crisis is the fact cash-to-short-term debt levels are reaching all time lows for real estate companies.

These many properties throughout China sit unoccupied, and there is a cost to this. Bloomberg reported in September 2018 –

Cash-to-short-term debt levels at more than 80 publicly traded real estate companies tracked by Bloomberg were 133 percent on average in the first half, the worst since the first six months of 2015 and down from 297 percent a year earlier. Almost a quarter of developers sport a ratio below 50 percent.

3. China long term debt is also on the rise.

But while business has been booming, developers have also been piling on the debt. Firms have been selling more bonds in the domestic market — and at the cheapest rates as investors shrug off default concerns. Those with dollar-denominated obligations, meanwhile, face higher borrowing costs as the U.S. Federal Reserves continues on its tightening path.

4. The amount of debt in China is massive and the amount is unknown.

The total amount of China debt is unknown with S&P estimating the amount not reported by local communities and banks being over $6 trillion:

China may be sitting on a hidden debt pile of as much as 40 trillion yuan ($6 trillion), concealed off-balance-sheet by the country’s local governments, according to research from S&P Global Ratings.

Many local governments in China raise debt and hold it off their balance sheet, in order to avoid lending limits imposed by central authorities. S&P says that this is a growing problem within the country, and that the amount of debt held this way has likely ballooned in recent years.

(Note in the US it is considered fraudulent to maintain off-balance sheet accounts – accounts for liabilities not showing in an entity’s financial statements.)

Not only is the level of hidden debt held by local governments in the world’s second largest economy rising, but so too is the risk of those debts being defaulted on. Much of the debt is held by so-called local government financing vehicles (LGFVs), and S&P reports that central government may be willing to let these vehicles file for bankruptcy in the future.

“Default risk of LGFVs is on the rise. China has opened up the possibility of insolvent LGFVs filing for bankruptcy, but managing the default aftermath is a formidable task for top leadership,” the report noted….

The country’s total non-financial sector debt, which includes household, corporate and government debt, will surge to almost 300% of GDP by 2022, up from 242% in 2016. Fears abound that if this debt pile continues to grow, a spectacular blow up could be imminent.

6. Companies are leaving China in swarms.

I personally spoke with one China CEO last year who I know who said that a fellow manufacturing CEO in China said the economy in China was “terrible”.  I also spoke with another head of a manufacturing company in China and he moved his operations to Thailand. He said that there was no more room in Vietnam for his company at a reasonable cost because Vietnam was full as companies from China, so he and his manufacturing plant moved to Thailand.

These are only two instances but are an indication of the economy in China.  The problem with this scenario is it provides China no ability to recover.  It can only recover with business but the business is all leaving China.  They can’t just continue to build and spend.

The world’s second-biggest economy ended 2019 with record corporate bond defaults, a result of the slowest growth in nearly three decades. More than 150 onshore companies reneged on debt payments totaling about $19 billion. That was up from 120 companies and $17.6 billion in 2018.

China’s ratio of corporate debt to GDP is also large:

Fitch, S&P Global and other rating agencies are now warning of more to come as financing dries up for private companies, worsened by the global trade war and a decade of debt-fueled growth coming due. China’s ratio of corporate debt to gross domestic product jumped to a record 160% by the end of 2017 from 101% 10 years earlier.

9. China’s GDP growth rate before the coronavirus was likely negative.

The BBC reported on official China figures from last month.  China’s GDP growth is the lowest its been in nearly 30 years and some economists believe it may actually be negative growth.

10. The Wuhan coronavirus is a killer.  It’s killing China’s economy!

There are many indications that the China economy is in peril.  The coronavirus may have killed it.  Can you imagine the US economy totally shut down for a month?  That is exactly what is happening in China and Hong Kong now.

Hong Kong’s world class airport handled over 71 million passengers in 2019 which is around 200,000 passengers a day.  According to the Hong Kong Immigration Department it’s now down to around 7,000 passengers a day.  Hong Kong is not the only  major airport in China seeing this pattern.   The entire country is this way with almost no international flights going to and from China for the past month.

The streets and roads in some cities are closed down.  The roads are empty.  This all takes its toll on the economy.

To think that only a couple of years ago under the Obama Administration the world was saying that China was soon to pass the US in GDP and reports were that this may have already occurred. Today the US is the world’s strongest and largest economy by far. It is now nearly twice as big as China’s and the US economy is growing while China’s economy is collapsing.

China’s economy is in clearly failing and in peril.