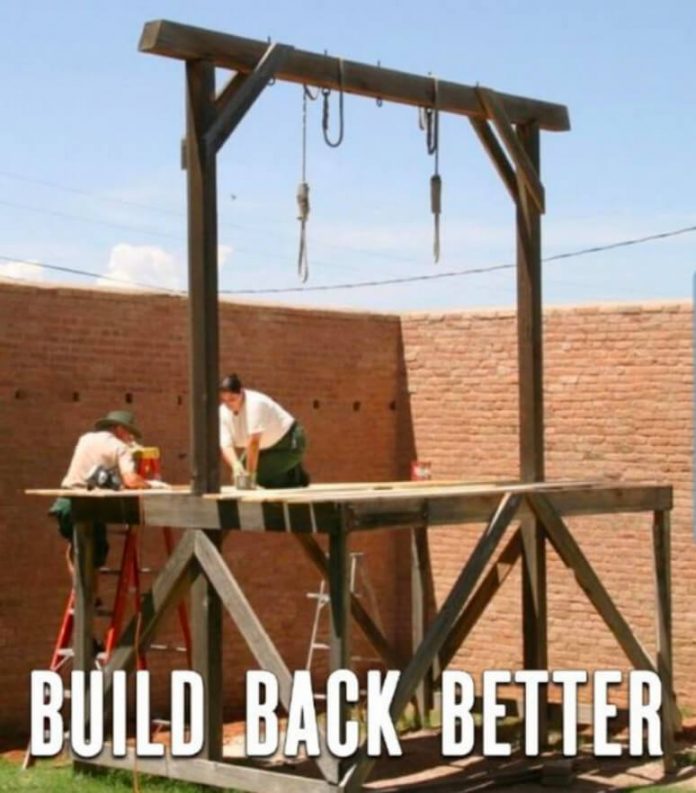 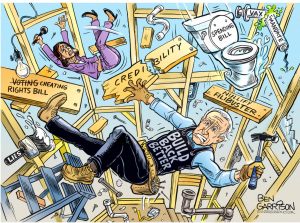 The Biden Regime has failed at nearly everything they’ve tried. This is a good thing because what they’ve been attempting is totalitarianism. The Socialist Democrats do not want competition. Like the Bolsheviks, they want all other political parties eliminated..

Joe sounded disconsolate that his ‘voting rights’ bill is in big trouble. Kamala sounded more hopeful, but she’s always on the wrong page.

Traitor Joe wants to end the filibuster and that also flopped. The Supreme Court tossed out Joe’s vaccine mandate for businesses. Unfortunately they did not allow medical professionals equal protection under the law.

Joe’s ‘Build Back Better’ collapse is also dangerous. It means the desperate Socialist Democrats will resort to more alarming and desperate tactics. A war with Russia? A new and more powerful bio-weapon to be released? Will patriots who believe in the Constitution and individual rights continue to be arrested as ’insurrectionists’ by a corrupt DOJ and FBI?

Look for Joe’s party to pull more and more dangerous shenanigans ahead of the mid-terms. They know they are running out of time.