You Stupid Boy
Home Did You Know? Buttock Tattoo Terror 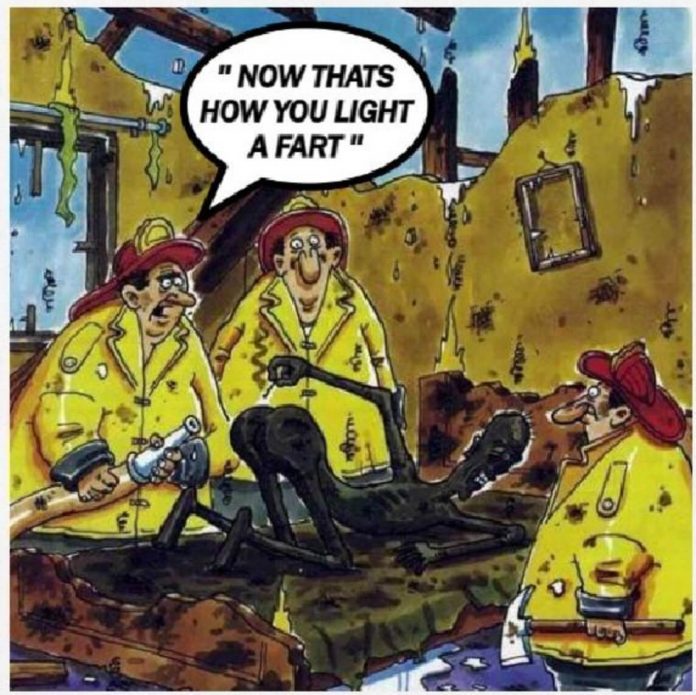 A furious row has broken out between a local tattoo artist and his client after what started out as a routine inking session left both of them requiring emergency hospital treatment.

Furious film fan and part-time plus-size XXXL model Tracey Munter (23), had visited the ‘Ink It Good Tattoo Emporium in Wellgate, Yorkshire last week, to have the finishing touches applied to a double buttock representation of the chariot race scene from the  iconic 1959 film, Ben Hur.

“It was a big job in more ways than one”, he told us “I’d just lit a roll-up and was finishing off a centurion’s helmet. It’s delicate, close-up work.
Next thing is, I sense a slight ripple in the buttock cleavage area just around Charlton Heston’s whip, and a hissing sound – more of a whoosh than a rasp –
and before I know what’s happening, there’s a flame shooting from her arse to my fag and my beards gone up like an Aussie bush fire.”

Jason says he rushed to the studio sink to quell the flames, only to turn round and see Tracey frantically fanning her buttock area with a damp towel.
The flames had traveled down the gas cloud and set fire to her thong which was smoking like a cheap firework.

“To be honest”, said Jason, “I didn’t even realize she was wearing one. You’d need a sodding mining licence and a torch to find out for sure.
She could have had a complete wardrobe in there and I’d have been none the wiser.”

Jason and Tracey were taken to Rotherham District Hospital accident and emergency department where they were treated for minor burns and shock.
Both are adamant that the other is to blame.

“I’m furious,” said Jason, “I’ve got a face like a mange-ridden dog and my left eyebrow’s not there anymore.
I don’t know about Ben Hur – Gone With The Wind would be more appropriate. You don’t just let rip in someone’s face like that. It’s dangerous.”

But Tracey remains both angry and unrepentant.

“I’m still in agony,” she said, “and  Charlton Heston looks more like Sidney bloody Poitier now.
Jason shouldn’t have had a fag on the go when he’s doing close up work, there’s no way I’d guff on purpose.
He’d had me on all fours for nearly an hour. I can only put up with that for so long before nature takes its course
My Kev knows that I give him my five-second warning, and I’d have done the same for Jason, but I didn’t get chance – it just quietly crept out.”

Ted Walters from the South Yorkshire Fire and Rescue service wasn’t surprised when we asked him to comment on what had happened.

“People just don’t appreciate the dangers,”  he told us. “We get more call outs to flatulence ignition incidents than kitchen fires these days now that people have moved over to oven chips.
We have a slogan ‘Flame ‘n fart – keep ’em apart’. Anyone engaging in an arse-inking scenario would do well to bear that in mind in the future.
On behalf of the entire Fire and Rescue service, we wish them both a swift recovery.”

You couldn’t make this up if you tried! 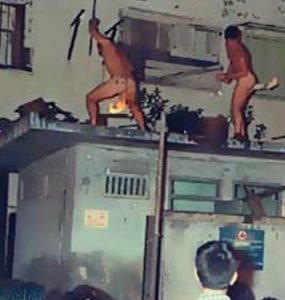 Previous articleHave Your Say
Next articleMahuika