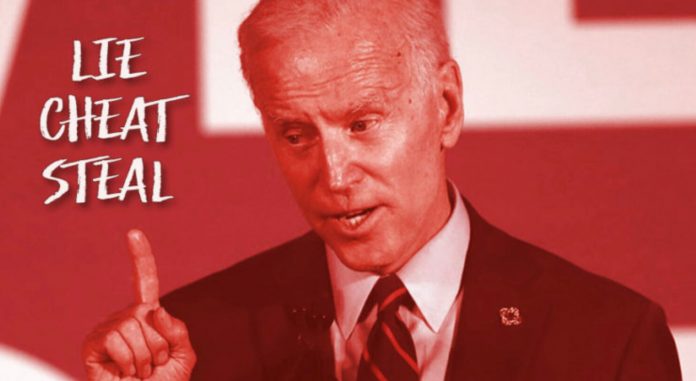 Joe Biden has become a liability for the New World Order, which is why their henchmen are planning to assassinate him as a way of accelerating a world war against Russia and China.

Ukraine President Volodymyr Zelensky’s chief diplomatic adviser on Saturday ordered Biden to visit the city of Kyiv next week during his trip to Brussels, warning in a message that “one should not be afraid to – if you are brave.”

Biden isn’t the brightest bulb and there’s a strong chance he will visit the active war zone to save face.

This comes amid reports by the Russian military that they received intelligence of Ukrainian Neo-Nazis planning to target U.S. and Western military installations in Lviv.

“The officer spoke…about [planned] terrorist acts in Lvov [the city’s Russian-language name] against employees and facilities of the diplomatic missions maintained by the US and other Western nations,” Russian Defense Ministry spokesman Major General Igor Konashenkov declared.

Infowars.com reports: What’s more, the Ukrainian government is apparently aware of this plot but is doing nothing to stop it.

“I’d like to stress that the Kiev regime is fully aware of the plans harbored by the nationalists, but is doing nothing to prevent them,” Konashenkov added.

The stage appears to be set to have Biden assassinated during his diplomatic visit to Europe.

Such a scenario could echo the prelude to World War I, where Austrian Archduke Franz Ferdinand’s assassination by Serbia’s Black Hand terrorists in 1914 was actually orchestrated by the British Secret Service.

Biden’s assassination could potentially be extremely useful to the globalists not just to spark a global war, but to also alleviate political fallout for the Democrats in America.

The Democrats are getting dragged down politically because of Biden’s terrible polling due to his disastrous radical domestic and foreign policy positions.

Bracing for massive losses in the incoming midterms, Democrats have even been discussing amongst themselves how best to replace Biden in 2024.

At this point, to the globalists, Biden is now more useful dead than alive, which is a precarious situation for the whole world.

However, in a veiled response to Ukraine’s request, Biden’s press secretary Jen Psaki said Sunday that Biden would not travel to Ukraine during his visit to Brussels.

Biden is instead scheduled to appear at a NATO meeting “to discuss ongoing deterrence and defense efforts” against Russia and a G-7 meeting with European leaders.

Hopefully, his bumbling European visit will go off without a hitch.