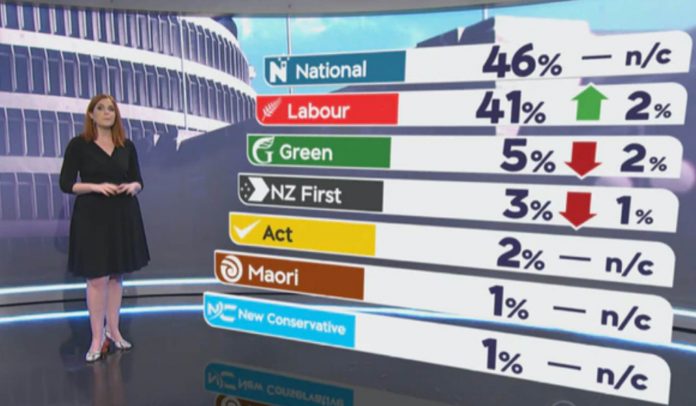 National and ACT hold the numbers to form a government

National and ACT remain on top in the latest 1 NEWS Colmar Brunton Poll, just pulling together the numbers to form a Government.

It comes as Labour enjoys its first increase in months, alongside a drop in support for NZ First and the Green Party.

Labour’s rise to 41 per cent came after falling to its lowest result in two years during the November 2019 poll – 39 per cent.

Labour’s results had been sliding, with today’s result the first increase since July 2019.

However, its rise seemed to come at the expense of its Government partners, with the Green Party falling from seven per cent down to five, and NZ First going from four per cent to three.

Lets see how this will play out in the coming days. The Wynstonefirst pardy is in all sorts of strife. He will be under pressure to collapse the COL to try and get his polling numbers up. A leopard doesn’t change it’s spots. Wynstone has collapsed every coalition he has been in. Just wait for the inevitable excuse.