C02 Is Good For The Planet 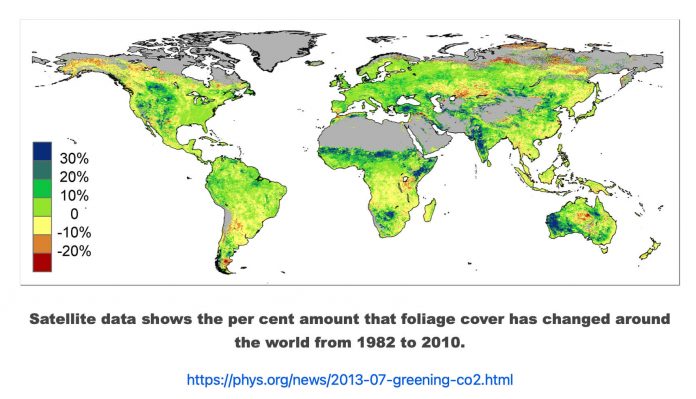 Scientists have known for many years that increased levels of carbon dioxide (CO2) have helped boost green foliage across the world’s arid regions. Australia’s Commonwealth Scientific and Industrial Research Organisation (CSIRO), for instance, published a study in 2013, which found that CO2 fertilisation correlated with an 11 per cent increase in foliage cover from 1982-2010 across parts of the arid areas studied in Australia, North America, the Middle East and Africa.

The fertilisation effect occurs where elevated CO2 enables a leaf during photosynthesis, the process by which green plants convert sunlight into sugar, to extract more carbon from the air or lose less water to the air, or both.

If elevated CO2 causes the water use of individual leaves to drop, plants in arid environments will respond by increasing their total numbers of leaves. These changes in leaf cover can be detected by satellite, particularly in deserts and savannas where the cover is less complete than in wet locations. 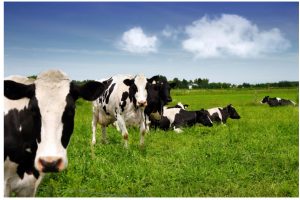 Another study from Boston University in 2016 discovered that carbon dioxide emissions from industrial society had driven a huge growth in trees and other plants. Satellites showed that there had been significant greening of something between 25% and 50% of the Earth’s vegetated land over the last 33 years,  Just 4% of vegetated land has suffered from plant loss.

Other studies have found that the Sahara has shrunk by 8% in the same period.

Now up to date data from NASA confirms that these trends have continued, and that the planet is 10% greener than in 2000.

In any sane world, this fact would be welcomed. It may be one of the reasons why the UN Food and Agricultural Organisation is forecasting a record world grain harvest this year.

Instead we demonise carbon dioxide.