You Stupid Boy
Home Climate Change Bullshit C02 Not Bad After All? 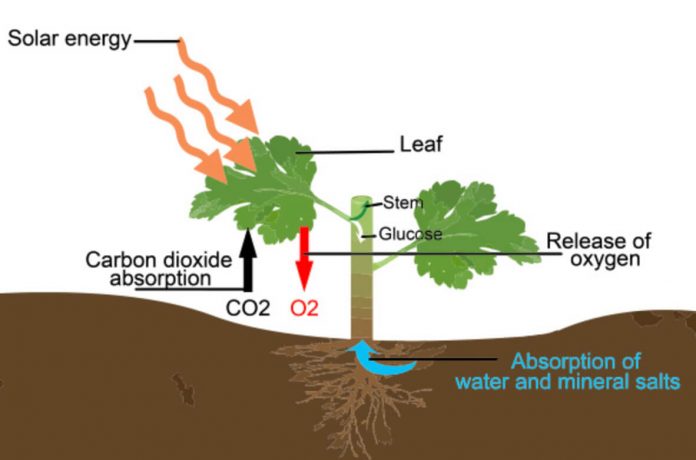 Some Insights Into Carbon Dioxide

Temperatures actually went up rapidly in the 1915 to 1940 period when the change in CO2 was very flat (very slowly changing). Only in one period (1970-2010) has CO2 and temperature both increased. With 3 out of 4 periods not matching, is it illogical to conclude that there is a correspondence between CO2 and temperature? These trends are shown in the figure. We can only conclude that there is a poor correlation between CO2 and earth’s temperature.

Now if we look at the correlation between temperature and total solar irradiance we see a much better relationship; showing CO2 is not the main player! It is the activity of the sun (sun spots and solar flares modify other galactic cosmic radiation from outer space through the change in solar wind and magnetic flux), that affects the radiation arriving on earth). The sun moderates cloud cover!

Approximately 1% of the atmosphere is greenhouse gas GHG, and 90-95% of that is water. CO2 is about 0.05% of the atmosphere. But only 5% of that 5% is man-made! If CO2 in the atmosphere has risen from about 290 to 390ppm in just over 100 years, (and it has), and if only 5% of all the greenhouse gases is man-made (anthropogenic), then only 5% of the extra 100ppm could have been caused by mankind. This is only 5ppm over 100 years. But if we are generous and say 10% is man made, that is still only 10ppm in 100 years, then the other change is due to the 90ppm from naturally produced CO2!! But added to that, IF IPCC claim that we will get 3-50C more warming in the next 50 or so years, than logically mankind would only contribute 10% of that. That is only 0.3 to 0.50C. The very argument IPCC uses comes back to bite them. Of course they don’t consider the main greenhouse gas water…. they simply blame carbon dioxide (5% of the 5% of the 1% of the atmosphere [0.0025% of the atmosphere]). Is that even remotely logical?

What about water vapour and clouds? If 95% of the greenhouse gas is water, why not attribute ‘some’ of the past as well as the predicted increase to water/clouds? With CO2 at 390 ppmv and water vapour at between 10,000 and 40,000 ppmv (highest in the tropics/equator), water vapour clearly is the dominant greenhouse gas. It is inane that IPCC major on the minor greenhouse gas CO2 and then more on the very minor proportion of CO2 due to mankind, without attributing the bulk of any predicted change to the clouds and water vapour! No argument of logic will stand that! If that is clearly wrong, then that casts serious doubts on their credibility of assessing what CO2 is actually doing now!

The temperature rose 2.20C from about 1700 to 1735 (just about 40 years) as we came out of the Little Ice Age. That is more than double the effect of the last century blamed on poor old CO2. Clearly CO2 did not cause that! When can we start to be honest and see that if we have been in cooler periods, it is natural to expect that it will get warmer so quickly, there must be a much larger driving force than a trace of CO2 gas in the atmosphere? The Sun is major. Cosmic rays from interstellar space modified by the sun’s solar wind plus the sun’s and earth’s magnetic fields are next largest factors. Following this in significance is the arriving solar energy that sets up a dynamic evaporation-condensation mechanism of the major greenhouse gas water, to form various types, sizes and locations of clouds. Other greenhouse gases are important but are certainly minor players.

SPECTRAL OVERLAP is also important. In regions where infrared energy is already strongly absorbed by water vapour, the addition of more CO2 will make little or no difference. Over the last 11/2 centuries CO2 levels have risen from a pre-industrial 280 ppm to around 390 ppm, with a global average mean temperature rise of supposedly 0.8 to 1.0˚C.

There has been little change in the Barrier reef sea temperatures over almost 30 years. Why blame that on any coral whitening?

Little has been said about the massive influence of the El Nino / La Nina current effects in the ocean between South America and Australia/New Zealand. Although the average temperature of Antarctica is -46˚C, and the West Antarctic peninsula that points toward South America is – 34˚C, there has been great alarm in the breaking off of ice in the West Antarctic area. Ice melts at 0˚C, but the peninsula is much colder. This so-called ‘melt down’ was blamed on ‘global warming’, when in fact studies showed that it was the warm currents produced by El Nino in the South Pacific which caused a partial melting deep down that caused ice breakaway. In fact in the late 30’s and early 40’s, during a major El Nino, the temperature rose initially 3-6˚C, but then within about 5 years, fell 5-7˚C; that is, up to a 13˚C temperature difference in over a few years; not hundreds.

Between 1990 and 2000, a 5% decrease in cloudiness increased the total earth surface radiative flux by 6 Watts per square metre. The entire CO2 forcing as estimated by the UN’s IPCC climate panel was just 1.6 Watts per square metre over the past 250 years. The role of CO2 is minuscule compared with natural influences, and much lower than the UN’s IPCC estimates. Water, water vapour, and clouds are dominant, but only CO2 can be taxed!