Campaign To Suppress The Efficacy Of Ivermectin 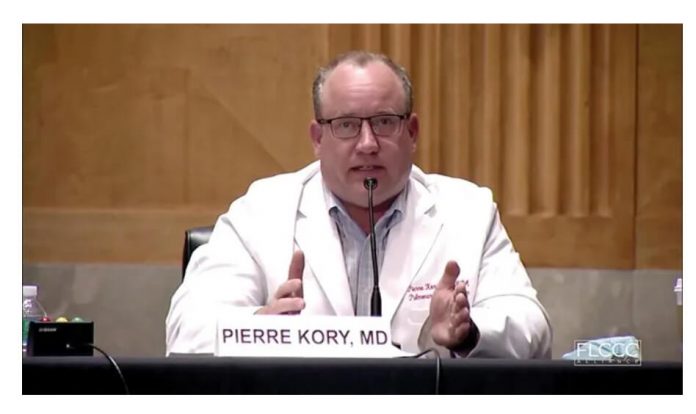 The Global Disinformation Campaign To Suppress The Efficacy Of Ivermectin

As one of the world’s leading experts on the clinical use of ivermectin in COVID-19, I feel that it is my personal responsibility to try to create a historical record of the myriad actions taken against ivermectin by the global vaccine and pharmaceutical industry due to ivermectin’s long known and now proven role as the single greatest solution to the global pandemic.

All subsequent “Disinformation Campaign Against Ivermectin” posts should be understood in this vein. The previous post of my recent testimony in Senator Ron Johnson’s historic expert panel hearing detailed the incredible efficacy reported by the numerous health ministries around the world that deployed ivermectin in early treatment programs.

Note that I did not even bother to detail the 68 of 77 controlled trials involving 86,000 patients from 26 countries (many of them prospective, double-blind, randomized controlled trials) that collectively report massive reductions in infections, hospitalizations, and deaths, nor the dozen systematic reviews and meta-analyses (summary analyses of all the trials) that report the same.

Nor did I present the analyses done after removing all the trials being attacked as low quality or “potentially fraudulent”.. which actually found the signals of benefit INCREASED.

I am tired of presenting the efficacy data. The “debate” of the efficacy of ivermectin has long ceased to be a “data argument,” despite the attempts to make it one by claiming the world over that it’s efficacy is “unproven” due to the supposed fact that these many dozens of trials are all low quality, small, and/or fraudulent. For sure, such assertions have successfully injected such doubt that the near entirety of academic medicine in nearly all the world’s countries have accepted it as scientific truth.

These assertions can and should only be understood as a massive global propaganda and censorship campaign against the efficacy data. That is why I believe the only way forward is to expose each and every one of “their” Disinformation tactics. If I am successful in doing this, it is my hope that this may begin to help end the decades-long war of the pharmaceutical industry against repurposed, generic medicines.

I feel the case of ivermectin may be a unique opportunity given that, in their pervasive war on numerous off-patent, effective therapies in dozens of disease models over decades, never has a single generic drug posed as large a threat to industry profit nor have they ever committed such openly brazen and widespread criminalities using unprecedented levels of informational control.

It is my belief and hope that their insane and relentless over-reach to protect profits in the global pandemic, similar to Napoleon’s foray into Russia, just may have opened an opportunity to so fully expose their deadly tactics that we can begin to counter them on a global scale.

Let us be clear, that all of these nefarious actions, which I will detail in numerous subsequent posts in this series, could only have been made possible by their massive and/or direct control of numerous major national and international public health agencies, mass media outlets, social media companies, high-impact medical journals, and captured researchers.

Their ability to exert such fearsome power allowed them to suppress and/or distort the knowledge of the lifesaving efficacy against COVID-19 of one of the worlds safest, most widely available, and inexpensive medicines. Never forget that these actions have resulted in millions of deaths. These are crimes against humanity.

The only way to stop future pharmaceutical industry crimes against humanity is to record, for posterity, the historically unprecedented scale of censorship and propaganda of information that they deployed. If I can help expose this playbook (with my little substack – delusions of grandeur?),

WE have a shot at developing countering and/or neutralizing measures to prevent further massive deaths in this disease… as well as many other diseases. Note that the nefariousness of these actions can only be dwarfed by their scale, as they have impacted survival outcomes in almost the entirety of planet Earth’s citizens.

Although I will document these depraved actions, in most cases I will be unable to suggest or truly identify the ultimate or specific protagonists. You know, the actual individuals deploying these tactics, the ones making the ad buys and providing the “messaging,” paying the journalists and researchers for their media hit jobs, publishing the “negative” medical journal editorials and studies, partnering with the occasional U.S sociopath health agency leader etc.

Although I will be unable to identify them personally, employing logic, the only possible source of sufficient power to have exerted such widespread influence, would be the managers of the three multi-trillion dollar investment firms that have influential and/or controlling stakes in almost all corporations in almost all industries, and those three are… Black Rock, State Street, and Vanguard.

Or it may have been the occasional pseudo-philanthropist vaccine-obsessed eugenicist hundred billionaires who along with massive controlling donations to all the major international and national health agencies, also distributed hundreds of millions amongst almost every major media outlet in the world.

That investigative exercise is not what I am skilled in, as I am just a lowly physician expert in ivermectin who has held a front-row seat to now 14 months of their deadly successful Disinformation campaign against ivermectin. Instead, I simply plan to document every detail of every action that I have witnessed and/or have been personally involved in.. and hope the investigative authorities can take care of the rest.