You Stupid Boy
Home NZ Politics Can this include political pardies?

Can this include political pardies? 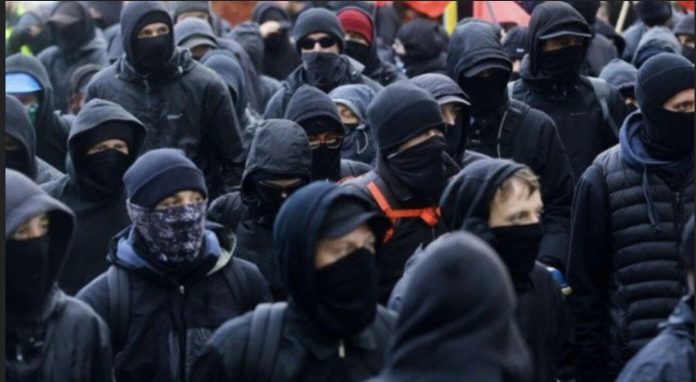 The Christchurch mosque shooter has been designated as a “terrorist entity” by the New Zealand Prime Minister Jacinda Ardern.

The designation under New Zealand legislation freezes the assets of terrorist entities and makes it a criminal offence to participate in or support the activities of the designated terrorist entity.

Last Thursday, Australian Brenton Tarrant, 29, who carried out the mosque attacks on 15 March 2019, was sentenced to life in prison without the possibility of ever leaving jail.

He had earlier admitted 51 charges of murder, 40 of attempted murder and one charge of terrorism.

Jacinda Ardern said the designation was an “important demonstration of New Zealand’s condemnation of terrorism and violent extremism in all forms.

There are currently 20 terrorist entities designated under New Zealand law, including the mosque shooter, police said.

Under Section 22 of the Terrorism Suppression Act 2002, the prime minister may designate individuals or groups as terrorist entities, on advice from officials, police added.

Details of the designations process and the statements of case supporting designation of these entities can be found on the New Zealand Police website.

Government is determined that New Zealand and New Zealanders be neither the target nor source of terrorist activities.

The UNSC 1267/1989/2253 and 1988 Committees specifically obliges New Zealand to take action against those terrorist entities it lists. These UNSC-listed entities (ISIL (Daesh), Al-Qaida and the Taliban and associated individuals and organisations) are included as designated terrorist entities in the TSA.

More information on these entities are available on Lists associated with Resolutions 1267/1989/2253 and 1988.

UNSC Resolution 1373 obliges New Zealand (among other things) to outlaw the financing of, participation in and recruitment to, terrorist entities. The Resolution does not specifically identify those terrorist entities, so effectively leaves it to Member States to identify the entities against which they should act.
More information on the entities designated unilaterally by New Zealand are available on Lists associated with Resolution 1373.

The way we are being terrorised by this liarbour government, maybe we can get a petition or something to get them designated at the same time?

Previous articleHave Your Say
Next articleAuthoritarianism in Auckland