You Stupid Boy
Home Chinese Virus Can We Do This To Cindy And Her Group Of Misfits?

Can We Do This To Cindy And Her Group Of Misfits? 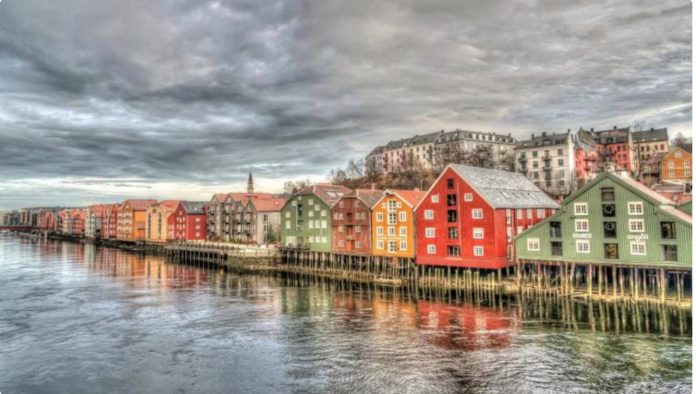 Government Of Norway Indicted For Crimes Against Humanity

Worldwide there’s a fast growing resistance to the corona policy

Various investigators conduct investigations, in collaboration with lawyers and advocates. The 2nd Nuremberg Tribunal is a fact. Its act has been in preparation for months now.

This is under the leadership of German lawyer Dr. Reiner Fuellmich, who is currently filing a class action. What is a class action? A class action, also called a representative action or group claim, is a form of jurisprudence in which a large group of people collectively bring a claim before the court or in which a certain class of defendants is prosecuted.

And now good news from Norway:

The main review applies to all those listed here in the document with organizations directly responsible for these: Erna Solberg and Bent Høye.

The entire government as well as the entire Storting and FHI, CEPI, WHO, GPMB and other organizations

associated with this as well as co-responsible parties mentioned in the notification below, with the exception of Nuremberg. The notification is also sent with the same wording Nuremberg and The Hague. Copies will be sent for public reading and sent to heavy organizations, all municipalities, doctors, infection control physicians, bar associations and human rights organizations. It will spread every conceivable social media and world press.

In hindsight, it should not be possible to say … I didn’t know that.

Recalls that based on similar evidence in several other countries, a trial was started in Nuremberg and the trial is now approved and active by the Nuremberg court. Also recalls the following The Nuremberg laws now have an important addition for those receiving this review.

Quote, “I have only followed orders is no longer valid”

Thus, the recipient of this review is not protected by their superiors and duties even to intervene on an independent basis and report their knowledge. I demand feedback on review as soon as possible received.

The above is also reported.

Changing the pandemic definition to provoke Lock Down.

Side note: ask yourself, where did the flu season go? The key word is to change the cipher with a different name. So PHASE the flu registration “Lighthouse”. Page change introduction of Covid 19 in the numbers.

See in particular chapter 6-7 in the attached document where the above figures are shown and proven with clarity in their own words. (Collecting evidence is important to secure quickly, then they are demonstrably constantly manipulating and modifying their own documentation). 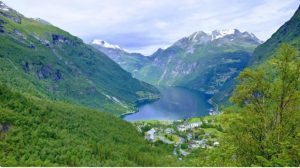 Refers to pharmaceutical industry statements in the media. This is part of the review and violation of human rights. This is an active attempt at discrimination, movement restriction and the freedom to which every person is entitled. This again for a behavior of a false pandemic, as well as forced vaccination with a dangerous vaccine. Medical dictatorship?

Our government violates several laws in the “Penal Code, Chapter 17. Protection of the independence of Norway and other fundamental national interests “, by knowingly creating a false pandemic with its consequences for people, mental health, health care, human rights and ceding sovereignty to foreign power as the end goal. (Treason of the Country).

Attached document proves this with WEIGHT and soundness. Foreign power organization that The UN-EU-WHO and the WEF are clearly some of the driving forces behind this. This is our Deposit and Both government and FHI, CEPI holistically involved in and demonstrably familiar with. Refers to the document. Other paragraphs not mentioned, possible other violations of international law, human rights recorded by the reading of a document by a police lawyer, should be added automatically as charges.

The level of seriousness indicates, in my opinion, and in viewing this material as I received, indicate the level of Nuremberg and the Supreme Court. Police and military are urged to act immediately secure evidence and stop a demonstrable hostile exercise of power by the people, as well as Berge, live! This has major implications for sovereignty and public health and the demise of the country’s economy, based on a proven false pandemic and Lock Down.

A bit about the evidence:

which proves a planned false pandemic with its own number data, as well as publications on itself sides. (Sources). The context makes the evidence generally solid based on their own sources and materials. At the same time, this proves their involvement and holistic planning among all actors Listed above.

Chapter 17 of the Criminal Code Protection of the independence of Norway and other fundamental nationalities interests.

§111. Violation of the independence and peace of Norway.

Imprisonment of up to 15 years is punishable by the use of force, threats or other unlawful acts way constitutes a danger to Norway or a part of Norway

(a) is incorporated into another state,

(b) becomes subject to the rule of a foreign state,

(c) or a state with which Norway is an ally or in a fighting alliance, war or hostilities are inflicted,

(d) be inflicted significant restrictions on their right to self-determination; or

§112. Serious violation of the independence and peace of Norway

Serious violation of the independence and peace of Norway is punishable by imprisonment for up to 21 years. In deciding whether the violation is serious, special emphasis will be placed on whether

(a) it has had particularly serious consequences for Norway,

(b) it has been carried out by organized armed action, exploitation of fear of intervention by a foreign state, or by threat of this,

(c) the perpetrator is a member of the government, the Storting or the Supreme Court, or belongs to the highest civil or military leadership of the country,

d) the act has resulted in loss or danger and loss of life.

It is mentioned added in the review.

§113. Violation of the Norwegian Constitution.

Anyone who by the use of force, threats or in any other unlawful way endangers Norway constitution is amended, punishable by imprisonment of up to 15 years.

§114. Serious violation of the Norwegian constitution

Serious violation of the Norwegian constitution is punishable by imprisonment for up to 21 years. In deciding if the violation is serious, special emphasis will be placed on matters listed in Article 112(a)-(d). Finally, due to a proven false pandemic, leading to and has led to suicide, medical deaths due to the Astra Zenika vaccine (blood clot). Refers to recent media

Paragraph. Claimed that the following paragraph was broken. All of the above in document review, individuals and organizations, as well as the management of the organization, are reported to the subordinate law paragraph:

Intentional homicide under Penal Code § 233, second paragraph, has a prison term of 21 years.

When I received this document and now with a much more serious update, as I have read it I have no choice but to pass it on and review it. My motivation for reporting is to save the lives and health of those most affected by this story. (Children) Also as a result of anyone being afraid, or afraid of being humiliated.

I do not assume that the review will be submitted by others. Therefore, I feel compelled to leave, to this step, despite a huge personal risk, as it is the duty of me and others to save lives. Hence the submitted review. Encouragement to all in Norway. Please provide independent police investigation based on this evidence in sent document. Now this stands and falls on each of you, who dares to also stand in front take responsibility and submit the review yourself. This is especially true for you officials. Imagine carefully about whom you are really serving, namely the people! And what the consequences will be now for those of them near and dear! Turn around in time!

Finally. “Take care of your flock”

Previous articleHave Your Say
Next articleNo Need To Be Lonely Anymore