You Stupid Boy
Home Leftie Stupidity Can You Believe This Shit? 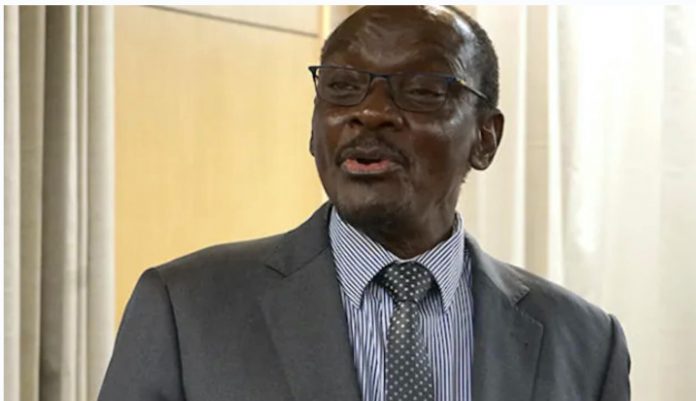 Eighteen years after Robert Mugabe’s Zimbabwean government seized large swathes of land from white farmers and forcibly evicted them, the famine-hit nation’s Vice President is blaming the crisis on the “white man” not teaching them economics.

Zimbabwe has been tasked with famines, starvations, and hyperinflation since a revolution and the land seizures topped it from its perch as the “breadbasket of Africa” to an underdeveloped, starving nation with a barely functional economy.

In a tweet captioned, “Zimbabwe’s Vice President Kembo Mohadi has blamed the country’s former colonial masters, Britain for not teaching Zimbabweans how to run their economy. He says since gaining independence from Britain in 1980, Zimbabweans only know how to run small businesses,” a local news outlet ran an interview where the Vice President blames white people for the long-lasting hardship.

According to News 24, the Vice President was “addressing the ruling Zanu PF provincial structures in Gwanda, south east of Bulawayo,” when he made the remarks.

Mohadi begins by addressing Zimbabwe’s economic troubles and poses the question: “Is it government that is causing that?”

After a brief pause, he adds, “How are they causing it? I’m saying this because, one, we got our political independence, but the white man never gave us the knowledge of how the run the economy.”

“This is an embarrassing moment of epic proportions. Why lead if you are clueless? No wonder our country continues to slide deeper into the doldrums,” one Zimbabwean angrily remarked.

Another said, “They blame whites for their complete failure to feed themselves and run the economy. Kill, torture, rape white farmers or burn them out. They’re good at that and brill at corruption. Reap what you sow was never truer than in Zimbabwe.”

Zimbabwe was formerly a prosperous nation largely governed by Europeans and focused on productive farmland known as Rhodesia. After a violent civil war in the early 1980s, the new government of Zimbabwe began the process of seizing farmland from white owners and giving it to blacks as reparations. Since this policy began, Zimbabwe’s food supply has become entirely dependent on international sources.