You Stupid Boy
Home Leftie Stupidity Can You Trust them?

Can You Trust them? 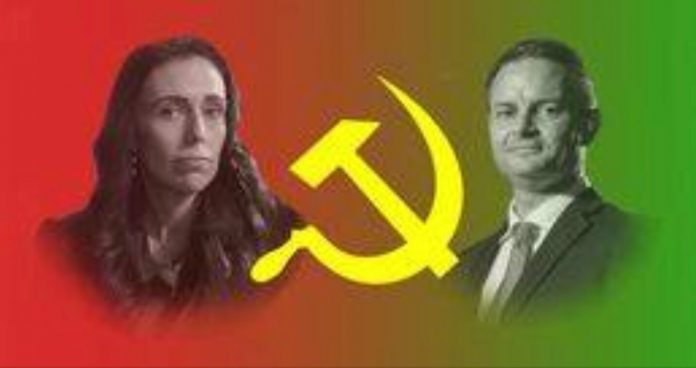 I see Cindy and Robinson have both stated that, despite what Judith is saying about the Greens wealth tax, they will not be agreeing to the Greens demands.

Then we see this from Radio NZ:

Ruling out conversation on wealth tax ‘not credible’ – Shaw

The Green Party would expect to have negotiations about a wealth tax with Labour if they enter negotiations after the election, Green co-leader James Shaw says.

He also defended the party’s stance on farming, saying the Greens would seek to fund farmers’ transition to sustainable methods and those already doing so would not need to pay.

Labour has consistently ruled out any new unannounced taxes on top of its proposed higher tax bracket and a digital services tax, with leader Jacinda Ardern specifically rejecting a wealth tax should it enter negotiations with the Greens after the election.

Shaw told RNZ’s Morning Report he would expect to have negotiations about a wealth tax.

“Yes I do. I don’t know how those negotiations are going to go of course, that depends on the election on Saturday … you’ve got to give voters a chance to have their say,” he says.

Recent polls suggest Labour would need the support of the Greens to form a government, and Shaw said wage and salary earners were losing out compared to asset owners, who were profiting amid the economic downturn and pandemic.

“Right now we’re in a situation where government revenues are declining because the economy is shrinking, at the same time expenses are obviously significantly up.

“House prices are up something like 15 percent over the same time last year, the New Zealand stock exchange had a record close three or four weeks ago and at the same time you saw a drop in the median wage for the first time in history.

“People who are working on a salary or on wages and who are paying tax on those are getting hammered as a result of the economic downturn whilst asset owners are seeing the value of those [assets] inflate because of the … stimulus money into the economy.”

He says there may well be other ways of achieving this without a wealth tax but “that’s what we need to do, you need to have an election and then you need to sit down and talk in the formation of government stage and say ‘what might be possible here’.

“I don’t think that it is credible not to have a conversation both about the fairness within the tax system, and the amount of revenue that government needs to raise in order to be able to get ourselves through this crisis and then to be able to pay back the debt that’s associated with that.”

Shaw says most farmers want to transition to more sustainable forms of farming over the coming years and it is not unreasonable for them to be asking for support to do that.

“The margins are very thin on a lot of farms and so they don’t have a lot of spare cash around to do things like implement the freshwater reforms and reduce greenhouse gases and so on.

“The package that we’re taking into this election is built around the idea of a $300 million support package – you would add that to the $700m that we’ve put in over the last 12 months for the freshwater reforms, and that’s over a billion dollars of support for farmers to help make those changes and the vast majority of them that’s what they want to do.”

He says the proposed nitrogen cap would not affect the vast majority of farmers, and any revenue it raised would go directly back into supporting farmers.

“The nitrogen levy that we’re proposing is set at a very low rate simply to send a price signal for people to be a bit more efficient about the use of nitrogen fertilisers.”

He says the average dairy farmer at the moment would pay about $1500 under the levy.

“The idea isn’t to raise revenue, if it does raise revenue 100 percent of that goes back into supporting farmers with the transition … if they become more efficient there’s no fee at all.”

Shaw says the Green Party does not oppose changes to the Resource Management Act, but would want to ensure the recommendations to keep environmental protections are carried out.

“The review that came out a couple of months before the election was a very good piece of work, and it did propose maintaining and in fact strengthening environmental bottom lines. What we want to make sure as part of the next government is that those proposals that are in that report are maintained and are carried through to the new piece of legislation.”

He said there was no need to trade off environmental values against the economy.

“The Greens have always maintained that those things don’t need to be tradeoffs against each other and that actually a kind of clean green economy by definition is one that’s more productive, higher wage, higher technology.

“I think that that tradeoff is kind of thinking like the old world … the kind of status quo that we’ve left behind and actually … you just need to think a bit more creatively about the kind of economy we do want.”

With polls predicting Liarbour needing the greens to be back in government, how desperate do we think Cindy will be?

They will need to give away more than they are saying, but haven’t got the guts to tell the voters the truth

MATT KING HAMILTON LAST NIGHT it was heartening to see so many like-minded people at last night's meeting in the Whatawhata Pub. I stopped counting...
Read more
Leftie Stupidity