Canada Reaps What They Have Sown 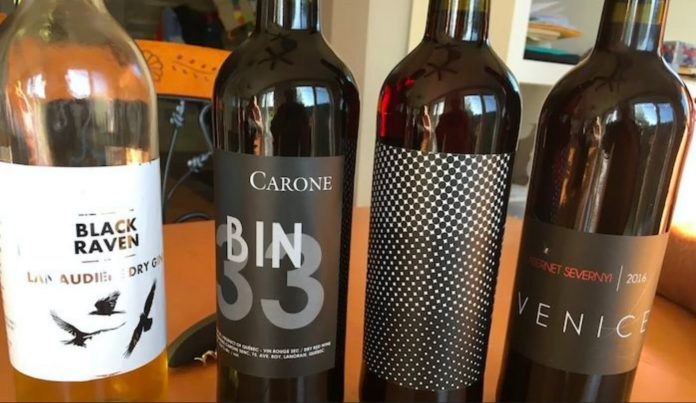 Quebec: Restaurant tells family their wine will be taken away because Sharia-adherent Muslims are coming in.

It was December 7. Suzanne A. was delighted to introduce her family to this wonderful little restaurant. She had been there ten times. As a family, it was going to be the first time. For Danielle, her little sister’s party, it was perfect.

There were eight of them that afternoon: his brothers and sisters and their respective spouses.

Because the restaurant is a “bring your own wine” establishment, they also had four bottles of wine.

It was also a “bring your cake” that day: when Suzanne had made the reservation two weeks earlier, the owner had agreed that they would bring a cake for Danielle’s party.

Suzanne is therefore among the first to arrive. It’s the owner’s wife who welcomes them. She recognizes the owner, who is mopping the floor.

The guests arrive little by little. The bottles should be opened, someone says, at the table …

The owner’s wife, who is wearing a hijab, opens the bottles. But she warns the group: at half past twelve, I will have to remove the bottles and glasses …

Consternation in Suzanne’s table: take away the wine, but why?

Explanations from the owner’s wife: there is a group that made a reservation, very religious Muslims, they do not want there to be wine in the restaurant …

“She was nervous, she felt bad,” recalls Suzanne.

The group rebelled, there was no question of accepting such a diktat. They tried to parley (without success), to have explanations from the owner (unavailable, dixit his wife) and to offer compromises (depositing the bottles on the ground), nothing helped.

Jean-Pierre A.: “I saw the table, the table of the other group. She was in another section, far from ours. They wouldn’t have seen us, where they were from … ”

Suzanne A.: “The discussion with the owner’s wife was taking place when the table was empty, the group had not arrived. I offered to go see them when they arrived to explain that they wouldn’t see the alcohol, where they were from. The woman said if they knew there was alcohol in the restaurant, they would not go in there … ”

Nothing to do, therefore.

The Suzanne A. clan finally left, right after the soup they didn’t have to pay for. No question of making this absurd compromise.

They went to celebrate Danielle’s 71st birthday in an Italian restaurant nearby….

COVID Whistleblowers Are Dropping Like Flies – And Nobody’s Allowed To Ask Why   Covid whistleblowers who speak out against the coordinated response by world governments...
Read more
Lifestyle