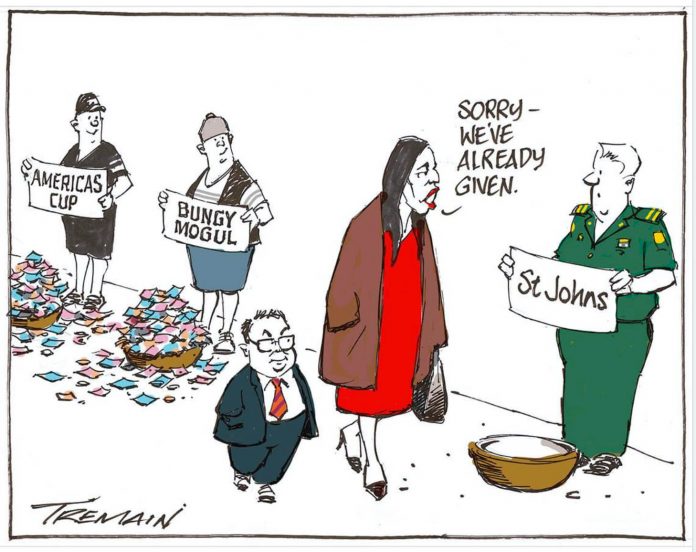 Ambulance workers are heading to court to challenge St John after the charity announced it could not afford a planned pay boost.

First Union has lodged an application with the Employment Relations Authority, claiming the service has breached an agreement to pay weekend and overnight shift rates.

St John, which is about 70 percent government-funded, announced last month it needed to claw back $30 million over the next financial year after Covid-19 and the lockdown limited its fundraising abilities.

That means penal rates, which were agreed to after last year’s industrial action and were due to come into effect from the 1 July, have not been able to be paid.

The charity said the rates were subject to affordability – and an independent market review, which has since been completed and advised a different approach.

“Since the penal rates were originally proposed in 2019, an independent review into the market conditions has advised an alternative approach. Further, it is well understood that the financial situation facing St John has significantly worsened since then. For these reasons we had advised our unions that we believe it would be unreasonable for them to withhold their consent to a different arrangement.”

St John has been paying staff a 5 percent unsociable hours shift allowance since the end of last year – an interim measure until the penal rates of time-and-a-quarter were due to come into effect.

One paramedic told RNZ’s Checkpoint: “Money to help us out for all of these unsociable hours would’ve gone a long way and people were quite passionate during the industrial action about it – and to be told three weeks out that we’re not going to get it has just been demoralising.”

He has been working as a paramedic for the past 17 years – and said the affordability issue came up time and time again from St John.

“If you’re a charity that can’t afford to run it as it needs to be run, then maybe it is time you don’t run it. And maybe it is time the government steps in and says ‘we need to bring this in line with FENZ and police and run it as a proper emergency service, not as a charity’.”

In a statement, the Ministry of Health said St John had applied for and been granted funding to assist with additional costs related to the Covid-19 response.

It said officials were in discussions with St John regarding its financial position.

St John said it was implementing $30m worth of cost-saving measures and the government was acutely aware of its financial position.

The Five Deadly Lies Of Jacinda Ardern And Her NZ ‘Government’ Written by Guy Hatchard The Government should be your single source of truth not lies September...
Read more
Uncategorised

About Us We are the Party of common sense, something that has been thrown out the window by the current Government and the ineffectual Opposition. We...
Read more